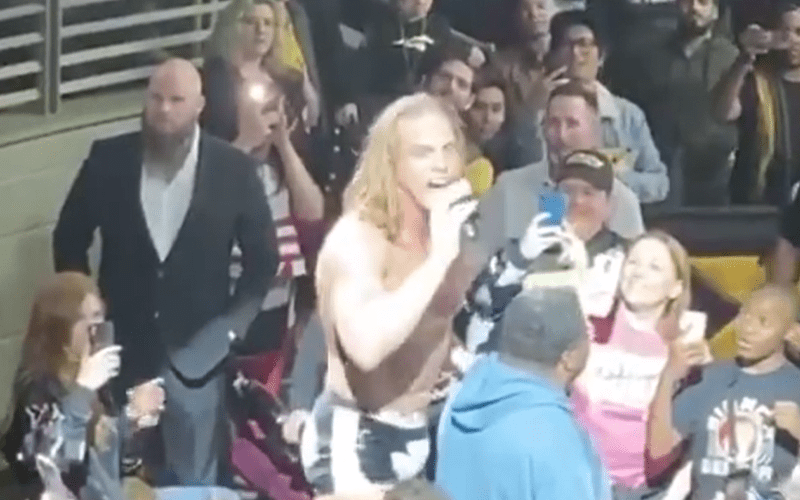 Matt Riddle was told to stop tagging Brock Lesnar on social media. They didn’t say anything about cutting a promo about the Beast Incarnate.

During WWE NXT’s live event in Las Vegas, Riddle got a chance to grab the microphone and cut a promo from the crowd. He said that some people don’t like him and he guesses that it must be something about his face.

Then Riddle talked about how much he appreciates the fans. He said he’s not going to stop before throwing a little jab at Brock Lesnar to stir the pot a bit more.

“I never stopped. I kept training. I knew the goal and dream was right there in front of me and I’m not gonna stop. This is just the beginning. 12 years ago I started and 12 years from now I’ll still be going and I guarantee you this Las Vegas… the Bro retired Brock Lesnar!”

That dig at Lesnar got a big pop from the Las Vegas NXT crowd. We’ll have to see if it helps his position backstage or how Vince McMahon views him.