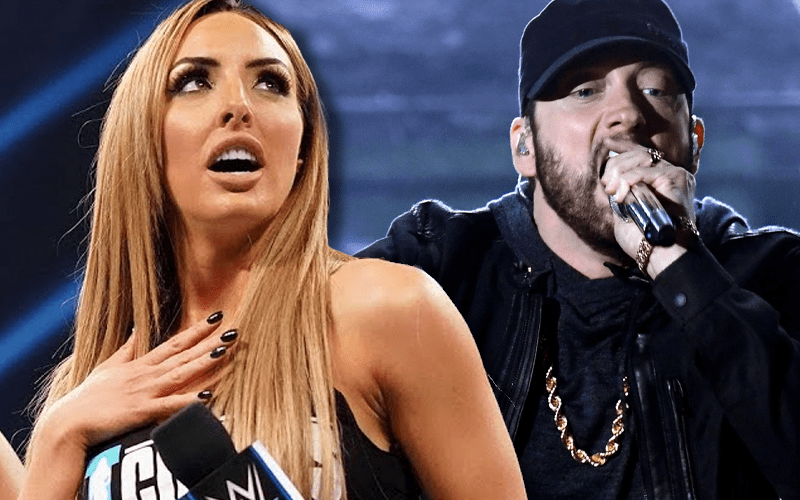 Eminem surprised the Academy Awards ceremony this year with a rendition of Lose Yourself. This caused a few WWE Superstars to react.

Peyton Royce tweeted out saying: “Eminem is the coolest.” That apparently triggered a few fans.

When Peyton Royce checked her Twitter profile this morning she was shocked by the amount of backlash she received. Apparently, not everyone thinks Eminem is cool.

My goodness. My liking Eminem & his performance at The Oscars last night really struck a cord with some of you huh!

You can check out a few of the responses she received below. A lot of people agreed that Eminem is the coolest. Others were quite vocal about disagreeing with the IIconic member’s musical tastes.