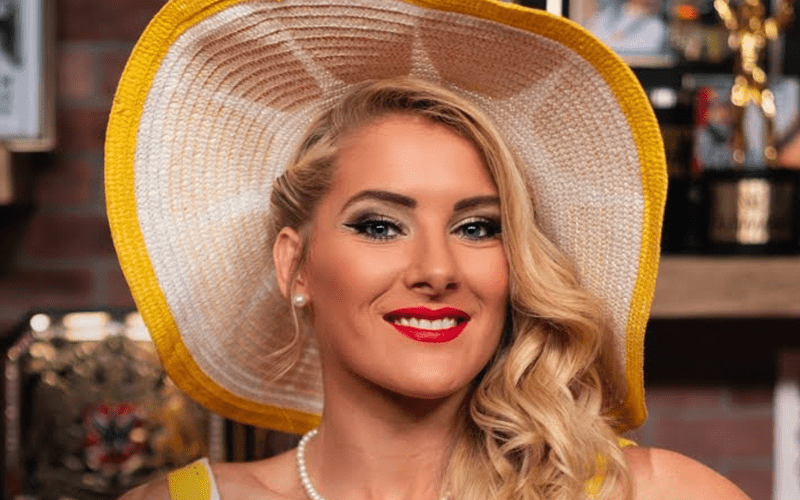 Lacey Evans didn’t have the best home life growing up. She has been quite open about overcoming many obstacles along the way.

She enlisted in the Marines where she became a Military Police Officer. Then she found pro wrestling through her connections in the military.

Lacey Evans recently spoke to TalkSport where she discussed the fact that she wasn’t a WWE fan at all prior to getting involved in the business.

“I wasn’t a fan at all. I actually did high school wrestling. Which is obviously so much different than sports entertainment. I was on a SWAT team, the military police in the marine core, and I had a staff sergeant who did, what I thought was, backyard wrestling. So I kind of chuckled like, ‘what are you talking about?’ I’m very rough and I’ve got a lot of grit, so there was something about backyard wrestling that made me like ‘can I come see?’ There was something about it that made me want to do it. I didn’t know what it was but it sounded intriguing.”

It didn’t take long for Lacey Evans to capture WWE’s attention. She was only wrestling for a year and a half before getting the call that she was wanted at the Performance Center.

“One thing led to another and one Saturday I went to check it out and next thing I know I’m in the ring and ready to learn the sport and what it is that they do because I loved it. I learned about it in March and by September I had a WWE tryout. Then, by April, I had a contract. Just a little over 12 months from being introduced to the sport and I had a contract. So, I had a lot to learn, but it was my goal to do so and here I am going after the damn champion.”

Lacey Evans seems to be taking a break from television right now. She had a run up to the Royal Rumble where Bayley defeated her. Perhaps the Lady Of WWE will re-emerge as a championship contender as the road to WrestleMania draws closer.