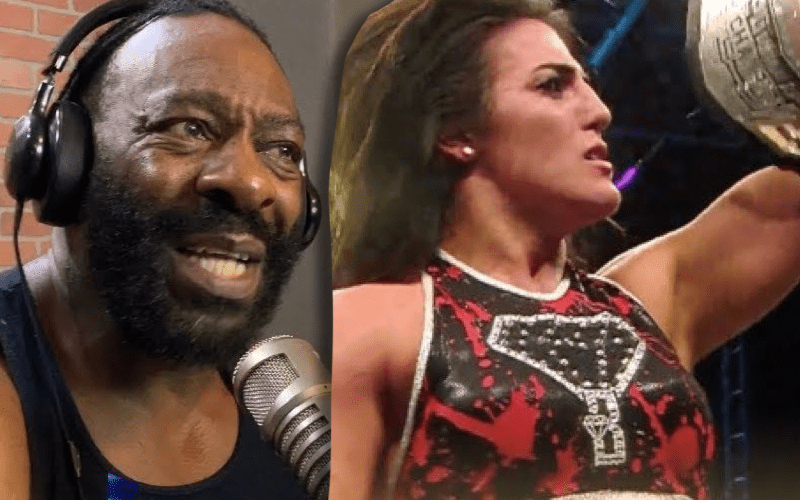 Tessa Blanchard winning the Impact Wrestling World Title was controversial because of the controversies surrounding her backstage behavior that dropped on the previous day.

Booker T commented on Impact’s decision to follow through with Blanchard’s title win. He called it the worst decision in pro wrestling history.

During a recent conference call, Tessa Blanchard was asked about what Booker T said regarding her title win. She repeated her comments saying that she only did what was asked of her. She wasn’t in the booking meeting so Hard To Kill saw her winning the Impact World Title as she was supposed to.

Tessa Blanchard really had nothing to say about Booker T’s comments. She also said during that conference call that she has never used a racial slur in her entire life.