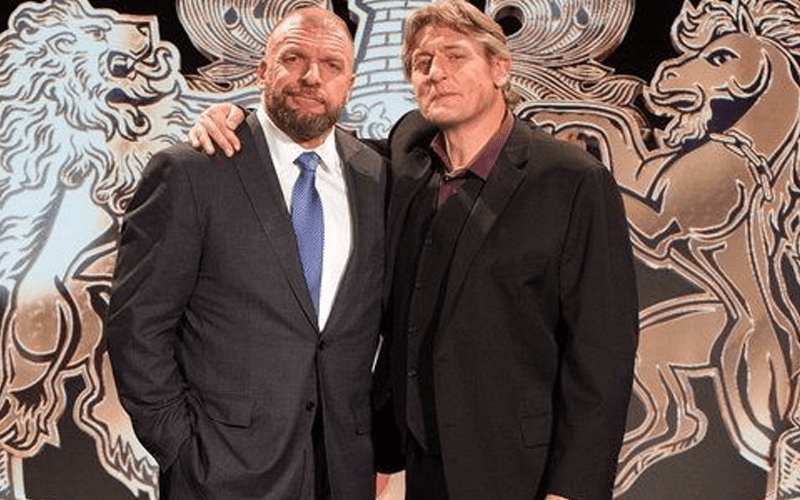 William Regal helps cultivate the WWE Superstars of tomorrow at the WWE Performance Center. He doesn’t speak to Triple H much.

While speaking to Inside The Ropes, William Regal said that he doesn’t really talk to Triple H. They have their own job assignments and are very busy doing their own things at this point.

“It’s a weird thing that we have. We barely talk. There will be people — we’re closer than, you can’t even say friends or whatever it is. There’s a different bond between us that’s hard to explain and he knows it as well so, he’s got people he’ll say [are] his best friends and Robbie Brookside is my best friend. I don’t have to know what he’s thinking and he’s so far advanced on my thinking which is why I sit like a little pup because I go, ‘I would’ve never thought of that in a million years or thought that was possible.’ But he knows what I’m good at and he knows I can take care of anything and literally, we can look at each other from across an arena and he can just go [*head nod*] and I know what he’s thinking and he knows what I’m thinking and I take care of it while he’s doing his thing and then he brings his bit and I bring mine, and that’s why we bonded the first day I ever met him.”

Just because they don’t talk doesn’t mean they’re not friends. Triple H and William Regal were friendly before the WWE PC was even a thing. It stands to reason that they might not see much of each other because they are both responsible for important tasks and always on the go.