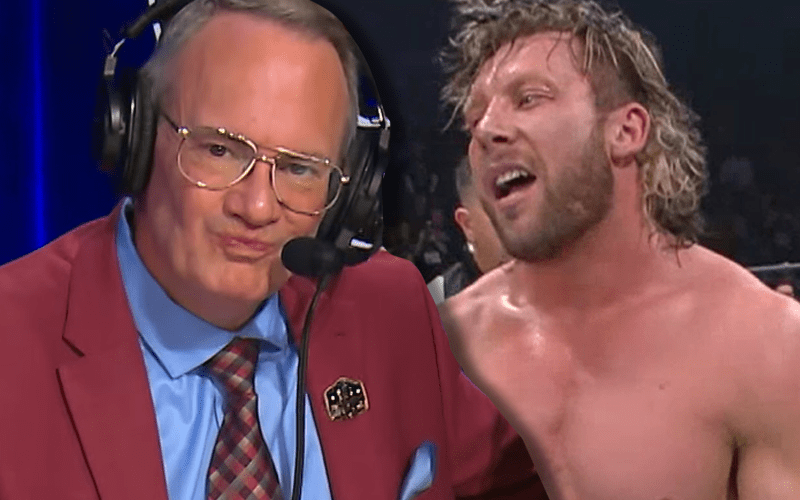 Jim Cornette is not a fan of Kenny Omega at all. This recently ruined a long-time friendship that Cornette had with Dave Meltzer.

Cornette recently replied to an animated gif of Omega kicking an 11-year-old girl in their infamous match. He said “the best wrestler in the world, folks.”

The Cleaner read this and had a very interesting reaction as he offered to put in a good word for Jim Cornette to get him into the green room at C2E2.

Don’t you usually stay in character when you post online??? In either case, thanks for the high praise, Jim. Made my day. BTW, you gonna be at C2E2 again this year? Maybe you’ll move a few items and actually be allowed in the green room this year. I’ll put in a good word.

Jim Cornette has not responded to Kenny Omega as of this writing. We can only imagine that Cornette would jump at the chance to share a green room with Kenny Omega right now.