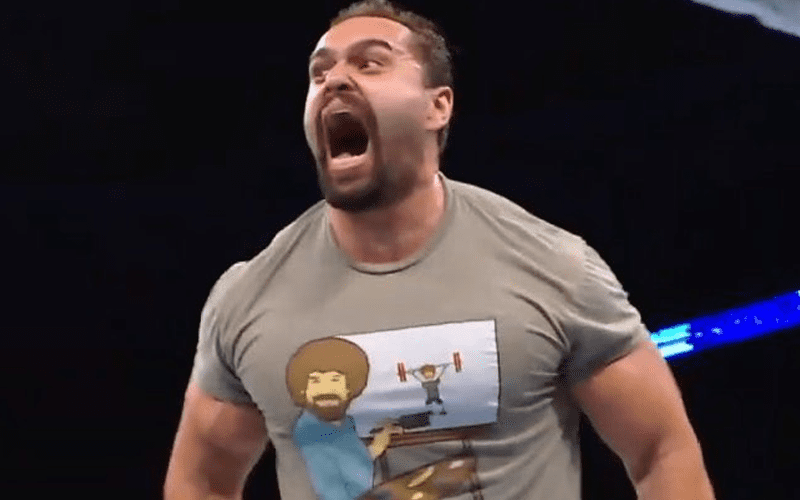 Rusev wasn’t on WWE Raw this week, but Lana and Bobby Lashley were. It seems as though Rusev has moved on to something else, but we don’t know what that is yet.

Dave Meltzer was asked where Rusev was this week on Raw during Wrestling Observer Radio. He remarked that “creative didn’t have anything for him this week.”

Rusev dismissed the idea that he was suspended. He also addressed that he is not injured. It seems that WWE just decided not to use the Bulgarian Brute in Salt Lake City this week.

At this point, we have not heard that Rusev has signed a new WWE contract. His wife Lana did and they are still married despite the rumors.

He might still be hammering out some finer details for his new WWE deal. The fact that he hasn’t signed anything with the company might make them cautious to get him involved in anything new right now.