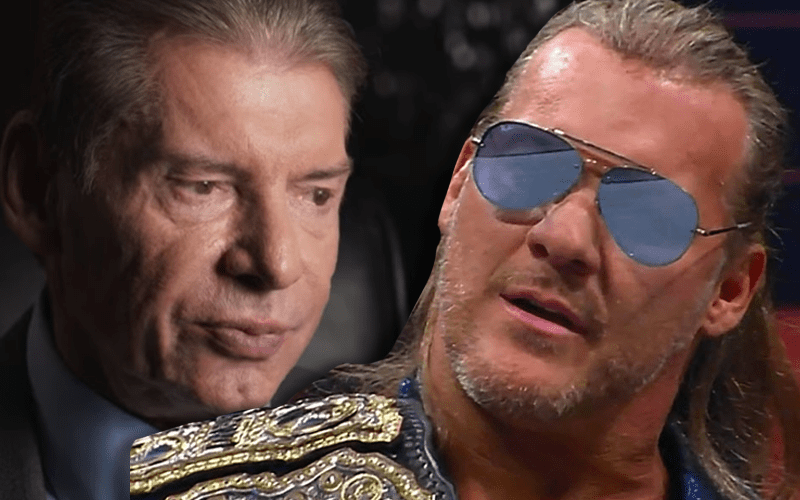 AEW was starting with or without Chris Jericho. The fact that Y2J could debut during their big Jacksonville rally was certainly a big statement to make.

Jericho and Vince McMahon spoke about him signing with AEW all the way up to him putting pen to paper. Then McMahon seemed to regret telling Jericho to sign.

While speaking about the subject on Talk Is Jericho, he revealed that after his AEW contract was signed Vince McMahon asked him if he could get out of that deal.

“But [McMahon] had the opportunity to stop it like he did with [Hall], which is very interesting to me because 23 years later, he made the same [mistake]. I love Vince.”

Y2J is now Le Champion in AEW. He is receiving far more attention in All Elite Wrestling than he would have likely been given had he stayed with Vince McMahon’s company.