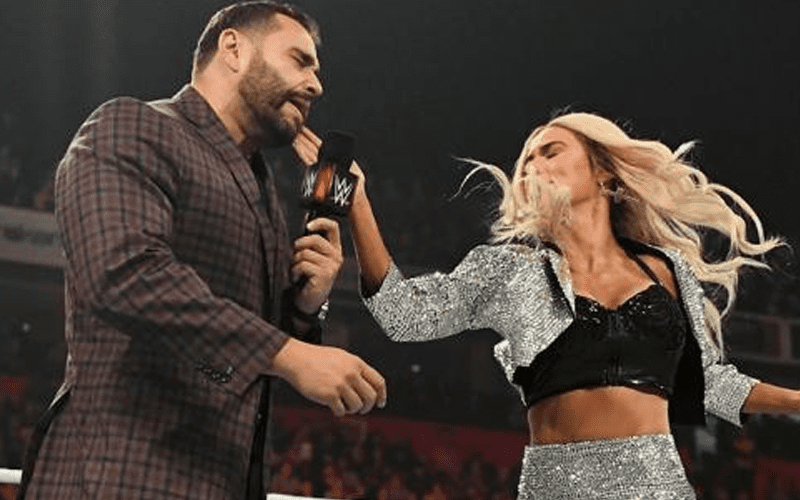 Pro wrestling angles can sometimes mirror real life. Lana is married to Bobby Lashley now on WWE television, leaving Rusev behind. Sometimes the line between reality and storyline can be blurred. That is not happening in this instance.

The Bulgarian Brute and Ravishing Russian might have split up on television, but they are still married in real life. There was no real divorce or restraining order. The two are simply playing parts given to them. Rusev and Lana’s relationship is solid. That won’t stop some fans from wondering if they really are split up.

Are Lana and Rusev still married?

Wrestling News reports that “a company source told me that Lana and Rusev are still happily married.” That should squash any rumor that reality has followed storyline in this instance.

You can check out a post from an Instagram account for Lana and Rusev’s dogs below. Both Lana and Rusev are commenting on posts meaning that they are still a happy family. They just don’t play one on television anymore.