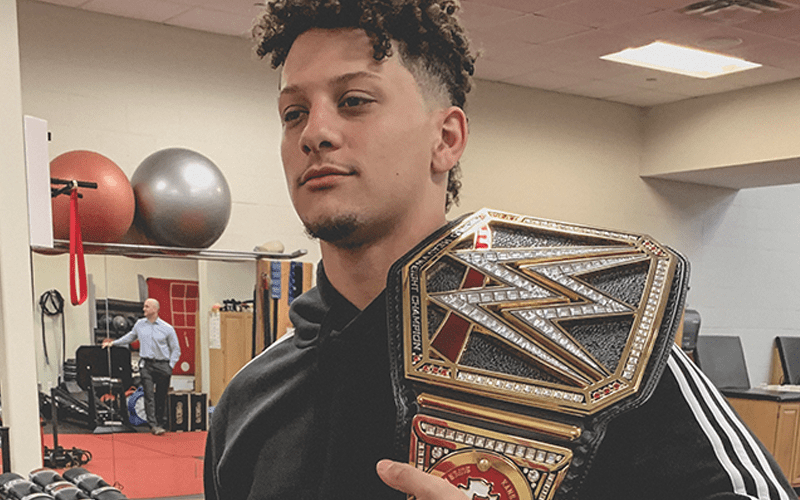 WWE makes a title for the winning Super Bowl team every year. They made a title this year that King Corbin is going to be really jealous of.

The company made up a WWE Title belt for the Kansas City Chiefs after their Super Bowl LIV victory over the San Francisco 49ers. The team revealed on social media that the title made it to them safe and sound.

The belt made it in time for tomorrow.

The Kansas City Chiefs have a big Super Bowl celebration that has just gotten started. Chiefs fans have waited 50 years for a Super Bowl win and they’re going to live it up. Now WWE will be represented in the festivities.