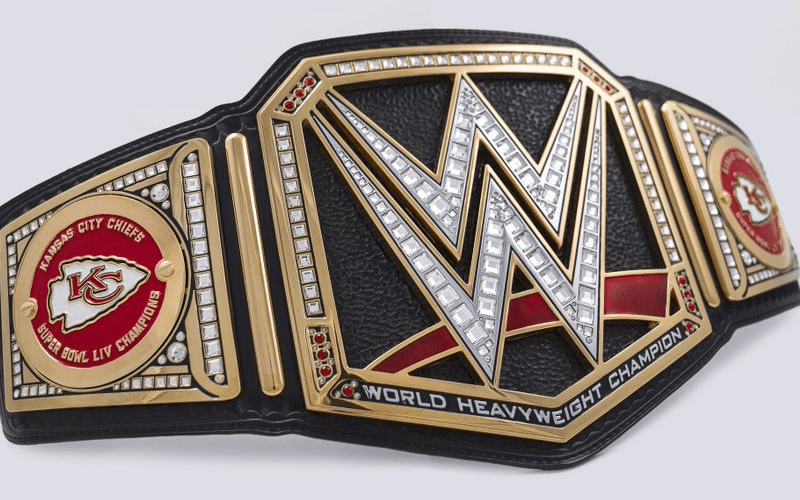 The Kansas City Chiefs won Super Bowl LIV. This was a big night for them and now they’re getting a WWE Title belt.

Triple H tweeted out as he revealed a custom WWE Title belt that they’re sending to the Kansas City Chiefs.

For the first time in 50 years, the Kansas City @Chiefs can say they are #SuperBowl Champions again! Congratulations to Coach Andy Reid, MVP @PatrickMahomes, @tkelce, and the entire organization. Bring this title back to the #ChiefsKingdom to celebrate!

Triple H was at Super Bowl LIV in Miami. So he saw them win the big game in person. We’ll be keeping an eye out for when the Kansas City Chiefs receive this new title. Hopefully, WWE realizes what state Kansas City is in unlike a certain WWE Hall Of Fame POTUS.