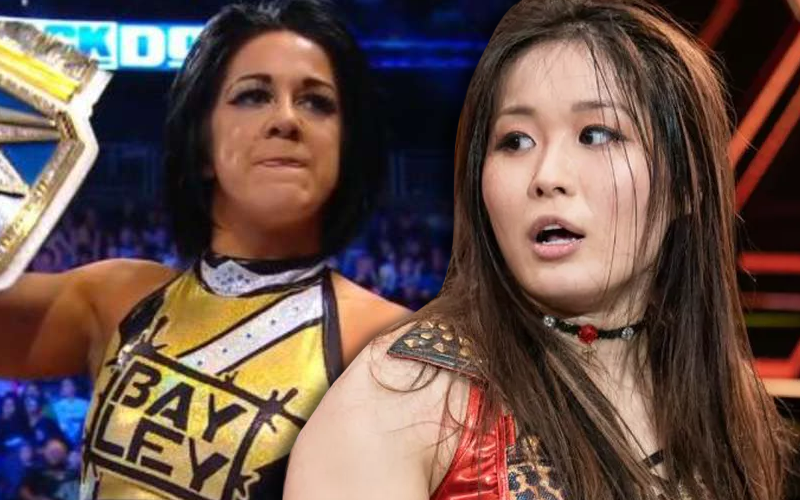 Bayley is the SmackDown Women’s Champion and having a great time as a heel. She’s aligned with Sasha Banks and even though The Boss is injured the partnership is still a topic of discussion on WWE television.

talkSPORT recently spoke to Bayley where she discussed some NXT Superstars that she has her eye on. There is another woman who deserved special attention because Io Shirai is “a close second” to Sasha Banks as the greatest.

“You know when I said Sasha was the greatest? [laughs]. She is, but a close second is Io Shirai. When I think about how I look wrestling, it’s like that. Then when I see myself it’s like [shakes her head], I ain’t even… she’s amazing. But, I’m the champion, so suck it, Io.”

Io Shirai “tweaked” her knee in a match against Toni Storm last week on NXT. She could be out for a couple of months. We’ll have to see if Shirai vs Bayley is in the cards, but that is suddenly a match we want to see after Bayley’s little comment.