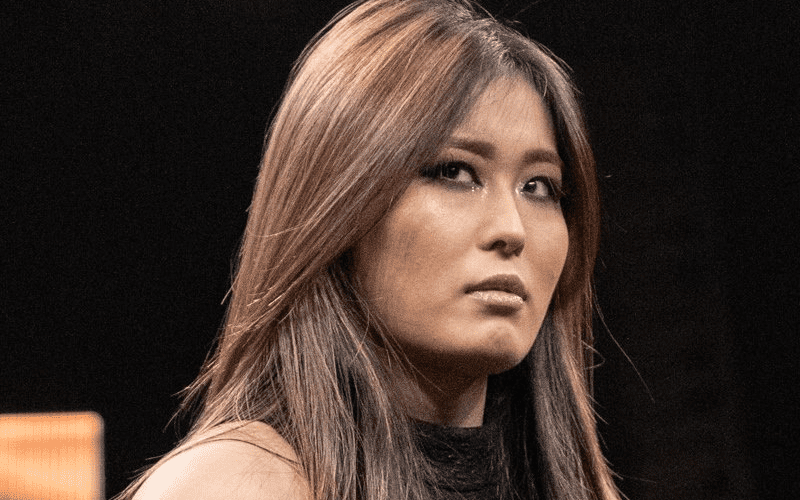 Io Shirai’s name came up recently because she received an open invitation to make a return to Japan once her WWE contract is up. Kairi Sane reportedly received the same offer. Now Shirai is injured which halts her momentum in a big way.

It was reported that WWE might call Io Shirai up to the main roster. She would get more money that way and it might convince her not to leave. Shirai is also engaged to NJPW star Evil and the two don’t get to see each other very much. This is also an issue for her.

After tweaking her knee this week on WWE NXT this week, Io Shirai will now be out of action for at least two months.

Dave Meltzer noted on Wrestling Observer Radio that Io Shirai’s exact injury is unknown. She is still expected to be out of action for two months.

Some people thought that this was a kayfabe injury as some listings on the NXT Injury Report are. This is apparently an actual problem as Shirai was injured in her match against Toni Storm this week.