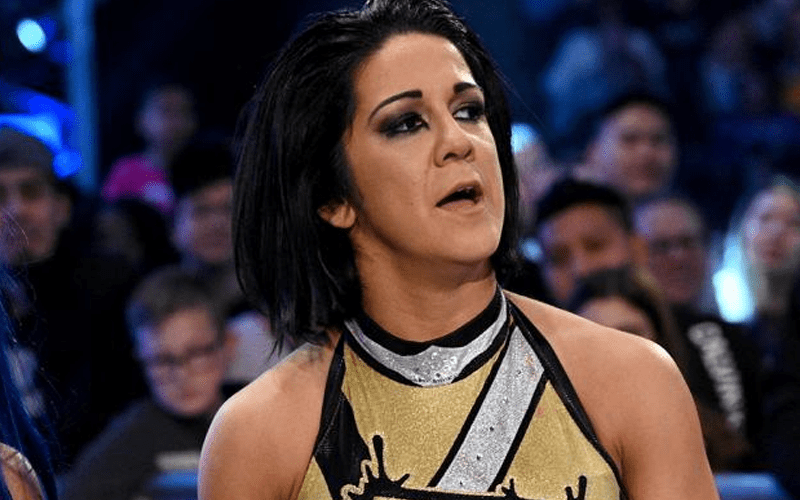 Bayley is the SmackDown Women’s Champion, but she doesn’t have an opponent at WrestleMania yet. That is not due to lack of competition, especially in NXT.

While speaking to talkSPORT, Bayley discussed the current NXT Women’s Division. There are several women in NXT who have caught Bayley’s eye.

“There’s so many. To be honest, lately, I’ve been a little annoyed with them after their shenanigans at Survivor Series and it makes me sick how comfortable they were – but I’m bigger than that. I’m going to look past that and forward. Rhea Ripley, obviously. Tegan Nox. Dakota Kai. Candice LeRae. Bianca Belair is just outstanding. I’m very interested in Chelsea Green, to see where she goes. She’s got a new manager and a different outlook.”

Charlotte Flair is slated to show up on NXT television tonight and jump-start a WrestleMania program. Rhea Ripley is reportedly her WrestleMania opponent which could tell a very interesting story at the show of shows. Let’s just see who steps up to Bayley. It sounds like she wouldn’t be opposed to facing someone from the black and gold brand either.