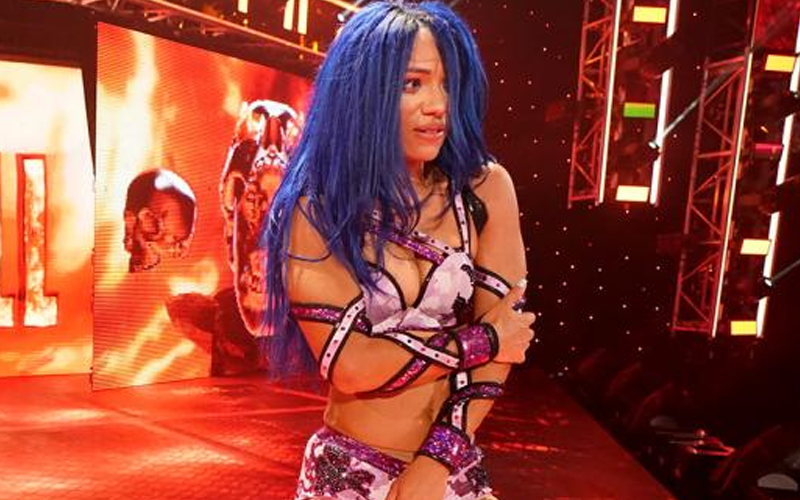 Sasha Banks didn’t wrestle at the Royal Rumble. There was a plan for her to work in Houston, but a replacement needed to be figured out.

Banks is injured. Dave Meltzer explained during Wrestling Observer Radio that The Boss has been injured for a while. They’re not releasing any information which leads him to believe it could be a concussion.

One thing we are certain of is that Sasha Banks has been injured for practically the entirety of January. WWE has been making excuses for her television absence.

“So Sasha is injured that’s why she wasn’t in the Rumble. I don’t know what the injury is or the length of anything like that, but she’s been hurt for a while which is why they’ve done all that stuff on SmackDown why every week there’s an excuse why she’s not wrestling Lacey Evans or anything.”

“It’s one of those things I think where every week they think she’s gonna get cleared, and she doesn’t. It was the same with the Rumble. She was scripted to be in the Rumble, but she was not cleared. So, yeah you know usually when there’s an injury and they don’t tell you what it is it’s more often than not gonna end up being a concussion and Sasha’s had a lot of them. I don’t know that’s the case at all, but I do know there’s an injury.”

We’ll have to see when Sasha Banks makes her return to the ring. She spent a majority of 2019 on a hiatus from pro wrestling after WWE burned her out. Hopefully, she will be able to heal up and get cleared for the road to WrestleMania.