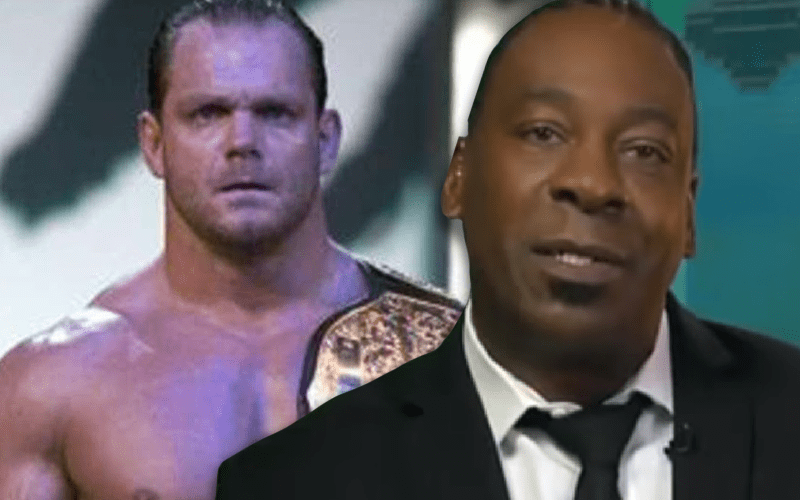 Chris Benoit’s death and the tragic events surrounding it will never be forgotten. His impact on the pro wrestling business was also huge and continues to this day.

While on Chris Jericho’s Cruise, Booker T took part in a Q&A session. He was asked about who his greatest opponent was and he was not shy about putting Chris Benoit over.

“It’s not talked about a lot, but the matches that put me on the map was with Chris Benoit in the best of seven series, god rest him and his family’s soul. Chris Benoit was literally, the greatest wrestler that I ever had the pleasure of being inside the ring with.”

Chris Benoit’s passing is something that his don David would like to help people forget as he wants to carry on his family’s legacy so people can remember the good parts. We’ll have to see if a WWE Hall Of Fame induction will ever happen, but The Crippler probably has Booker T’s vote.

Also, if you’re wondering how Booker T was on the Chris Jericho Cruise he explained that pretty well. He does “whatever the f*ck” he wants.