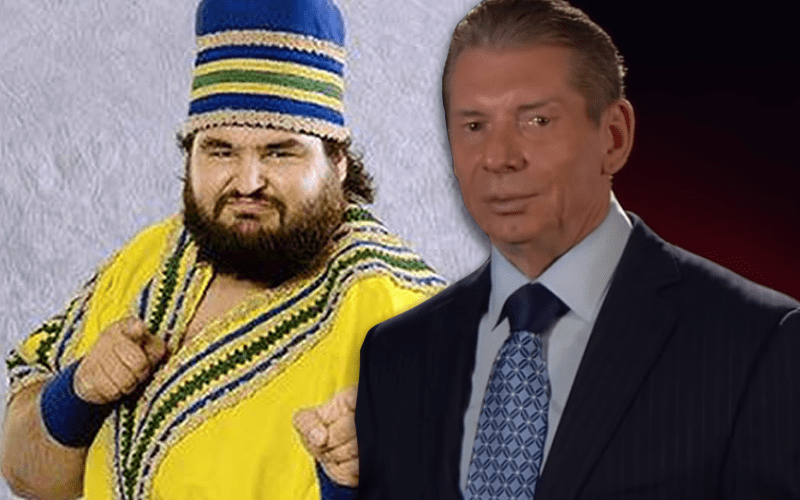 There are a lot of older WWE gimmicks that do not age well. Akeem The African Dream is on top of anyone’s list when ranking the kind of gimmicks that would get WWE cancelled in 2020.

While speaking to the Two Man Power Trip Of Wrestling Akeem spoke up himself about why Vince McMahon created The African Dream. His previous One Man Gang character was “too black and white” so McMahon wanted a brand new creation.

“It was just an idea of Vince McMahon and basically he wanted another character and he invented this character and that’s what we tried to go with. He just told me that One Man Gang was too black and white and just wasn’t a good character anymore and he wanted a good, colorful character he could trademark and market. So he came up with Akeem and that was basically it and there really was not too much to it.”

“He came up with the idea and he had his artists come up with the drawings and came up with the costume and sent me to New York and had me sized up with the materials with whatever needed to be done. They had the drawings and the artist renditions and that was it basically. When I showed up to TV, next thing you know they did the video where they bring us up to New York / Connecticut and do the little video and the change that we had talked about with the dancers and the this and that and they changed me to Akeem. Next thing you know I am on TV and now that’s what I am.”

Akeem The African Dream never reached the height of Superstardom that Vince McMahon might have liked. He will always stand as a measuring stick of what was once appropriate in pro wrestling.