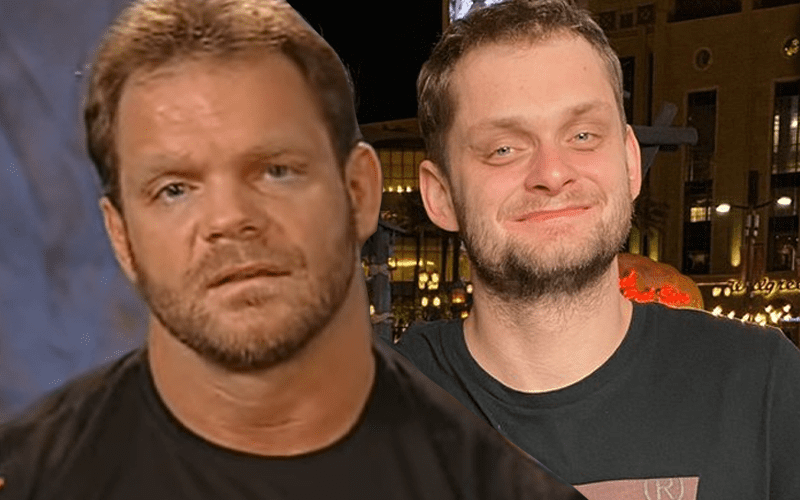 Chris Benoit’s son David Benoit is 27 now and he remembers his father and spoke openly about accepting the terrible tragedy surrounding his death.

David Benoit told Chris Van Vliet that he wasn’t watching pro wrestling until AEW came along. He would watch Natalya’s matches and things with Chris Jericho but his love for WWE just wasn’t there as “they weren’t producing good things anymore. I saw the quality was going down, down, down, down.”

Watching All Elite Wrestling sparked a fire within David Benoit to follow in his father’s footsteps and become a pro wrestler himself. Benoit then revealed that he wants to take it even further and wrestle as Chris Benoit, Jr.

“I don’t own [the rights to] his name yet. I have his middle name I can legally use it and they can’t come after me. Yeah [I would wrestle as Chris Benoit, Jr] I think it would be cool. I’ve got the tights with the claw.”

David said that he would even come out to Chris Benoit’s music and has been speaking to Our Lady Of Peace about it.

He needs to get some reps in the ring, but that seems like his plan. David doesn’t expect to fill his father’s shoes. “I think they all expect me to perform like my dad,” he said before admitting that those are impossible shoes to fill.

David Benoit even has ring gear already made. “It looks like my dad’s. I got one in white, one in blue. Gear’s ready to go.”

David Benoit wants to implement a technical wrestling style. When asked if he would cut out the top rope headbutts, David confirmed he wouldn’t be doing as many of those.