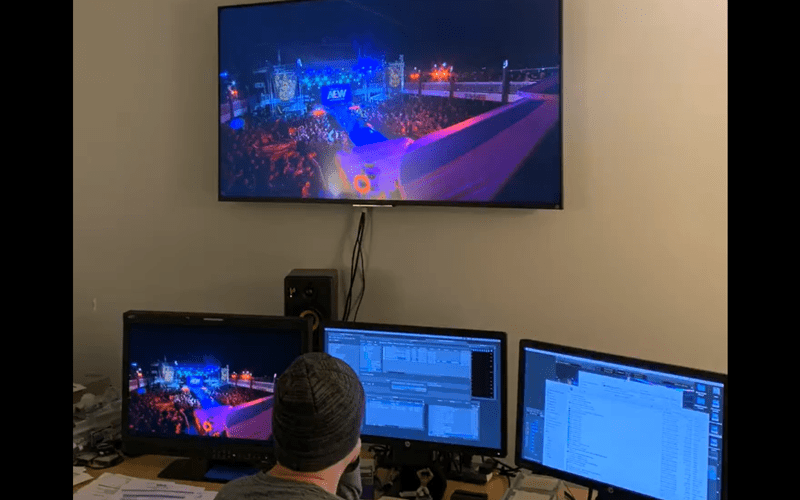 AEW held Dynamite from the Chris Jericho Cruise this week. A lot of things went down including some things that are likely to be edited out of the show.

Click here for our complete AEW Dynamite spoilers from this week. Also, this is your official spoiler warning.

Bryan Alvarez said on Wrestling Observer Radio that the production messed up and put Moxley’s video package on the screen during Pac’s entrance. They had to re-film that portion, but then things got even stranger as the match carried on.

“Moxley — this is where it started getting weird — Moxley took a bump and he’s laying in the corner and Pac starts to climb to the top of the rope and Moxley suddenly just does like a 180 spin and everybody watching is like ‘What the hell did he do that for?’ Pac just keeps climbing and goes for a 450 and Moxley gets the knees up for a cradle and then they keep doing stuff.”

“Also, during this match as they started wrestling one of the cruise ships next to us starts to come in.”

Dave Meltzer said that “these fans were furious.” The fans started chanting “F*ck your boat.” This is going to likely be a part of the show unless they mute it.

Fans on the Chris Jericho Cruise didn’t want another cruise ship looking over to see the match that they paid to see. This apparently received a reaction from Pac where he didn’t seem to understand why the fans were chanting about something other than the #1 contenders match in the ring.