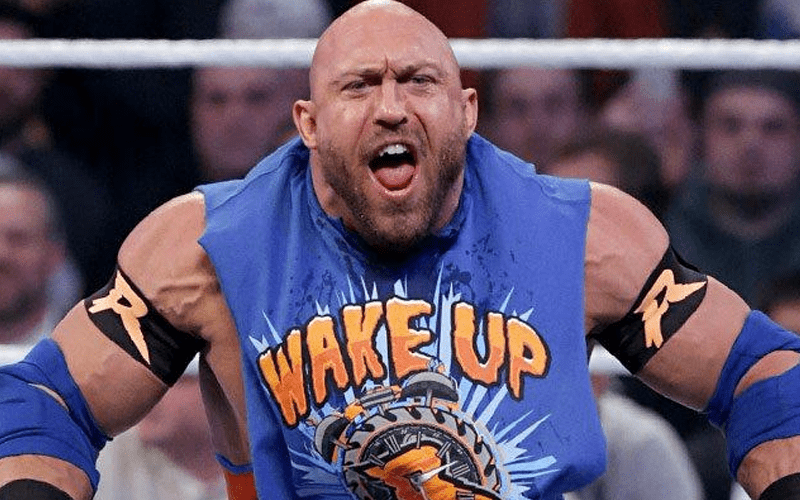 Triple H really put his foot in his mouth recently. He tried to crack a joke about Paige having kids she might not know about. The reception for this joke in 2020 was not taken well.

During his Conversations With The Big Guy podcast, Ryback talked about Triple H’s poor attempt at humor. Not only did The Game use a joke that’s usually reserved for men, but he also dropped it in the UK where Paige is loved.

“That’s a joke typically you say about guys. I think that makes him look foolish as how would she have kids she doesn’t know about? I know it’s jokes and haha but it’s a joke for guys and not typically for women,” said Ryback. “It comes off as a little bit of bullying, to me, and I’ve seen how he is within that environment and I think it was a little slip on his part from Hunter backstage to Hunter in the media. I’ve seen that all too often being there.”

“With her background, I don’t understand the point of knocking her over in the UK. She’s loved over there. It just makes him look really foolish in my opinion and I’m glad he apologized because he should. That’s the kinda stuff when you make that joke then she’s gonna get hate from people too because he’s doing it.”

“It’s a joke for guys and not a joke you make about a woman. I’m glad he apologized for it because it puts her in a bad position. Just imagine being her and it’s demonizing because she likes to have sex? That’s a whole other argument.”

There is a reason why Triple H had to apologize to Paige. She also revealed that he reached out to smooth everything out before having to issues a public apology.

This situation was not a good one and we’re willing to bet that Triple H will think twice before making another joke during a media scrum.