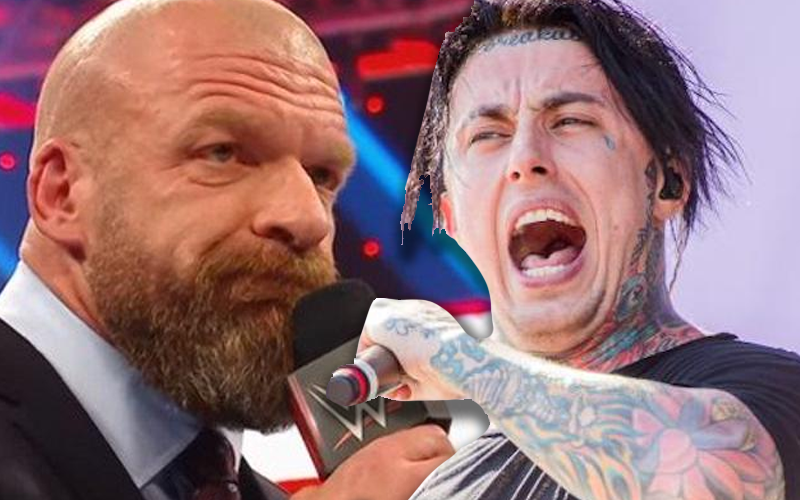 Triple H made an off-handed joke about Paige having kids she might might not know about. This sparked a storm and he later apologized for the joke.

Paige’s rocker boyfriend Ronnie Radke might not be as forgiving. He tweeted out saying : “It’s f*ck @TripleH all 2020.” This was the caption of an unflattering photo of The Game.

In another tweet that is now deleted, Radke tweeted out to inform WWE that they should be embarrassed to have Triple H running WWE.

Hey @WWE you should be embarrassed and ashamed of yourselves for letting someone like @TripleH run your company and publicly disrespect one of your divas @RealPaigeWWE biased or not I hate watching her cry over YOU. hasn’t she been through enough?

Let’s see if time will calm down this situation. Triple H did call and reach out to Paige as well. Things seem to be better now, but there was a time when Triple H’s comment really upset Paige’s inner circle.