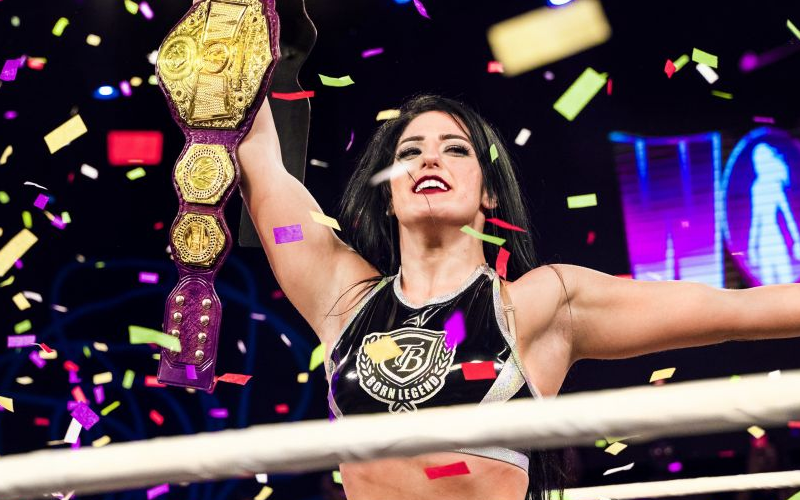 Tessa Blanchard is the subject of a some attention and it’s not for becoming the first-ever female Impact World Champion. Stories about her backstage behavior continue to come out after the initial allegations surfaced.

Blanchard wrestles for WOW where she is also a head trainer. It turns out she has a lot influence that might not be 100% healthy. We previously reported that members of the WOW locker room were sent emails asking them to give “no comment” to any question about Tessa Blanchard.

Fightful Select reports that Blanchard would “have it out with WOW trainers.” One trainer reportedly cried in front of the group over one of these incidents where she told a trainer that they shouldn’t be teaching. When someone tried to reach out to Tessa about this “she wasn’t interested in talking.”

It is reported that Blanchard “gained influence in the company” and eventually “certain things” needed to be approved by Tessa. By the time season two of WOW came along Tessa Blanchard needing to approve things only “accelerated.”

It was reported that “there was a confrontation between Tessa and another top name in WOW.” This “verbal battle” apparently broke out in front of others after “weeks of tension.” There was also a situation with another “fairly public shouting match” between Blanchard and Malia Hosaka. This led to only Hosaka being reprimanded.

It was also said by longtime members of the WOW locker room that they “felt as if they lost their pushes once Blanchard showed up and made heavy changes.”

At this time Tessa Blanchard has not responded to those allegations. She has flat-out denied any use of racist language associated to previous allegations.