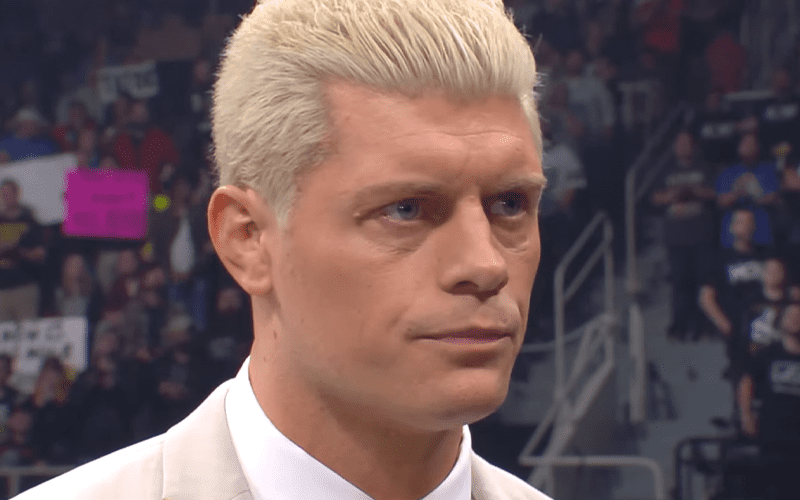 AEW is playing their first show in the New York Area at New Jersey’s Prudential Center on March 25th. It wasn’t easy finding a venue due to WWE blocking some sites.

While speaking to Busted Open Radio, Cody Rhodes revealed that he didn’t even go to the site survey for the Prudential Center. He knows that venue well as it was the location of his only WWE pay-per-view main event match.

When it comes to booking venues in general AEW has run into some trouble, especially on the East Coast. WWE roots run deep with a number of venues making it difficult for AEW to find a host for Dynamite.

“I’m looking forward to the Prudential Center. It’s a wonderful building. I was involved in some of the WWE events that were there. I was involved with Hell In a Cell there. Actually that was my only pay-per-view main event ever with WWE. But the building itself? I didn’t even go to that site survey.”

“I know that building well enough. I’m beyond excited to be in the New Jersey and the New York area.”

“It’s not easy. As you guys know, in some of those buildings they’ve got long standing history [with WWE], there’s a lot of loyalty elements. There’s a lot of young men and women that want it in the offices. And a lot of old men and women who are you know; trepidatious about this wild disruptive wrestling company coming in. They [the younger generation] were the ones who said ‘no this is great. We’ve seen what they’re doing in these other venues. They’re filling them up and we want them.’ That first show is going to be…It’s going to be gangbusters.”

AEW Dynamite isn’t going away. They just signed an expansion with WarnerMedia that will see the show carrying on until at least 2023. We’ll have to see if some of those venues that were nervous about booking All Elite Wrestling might eventually come around.