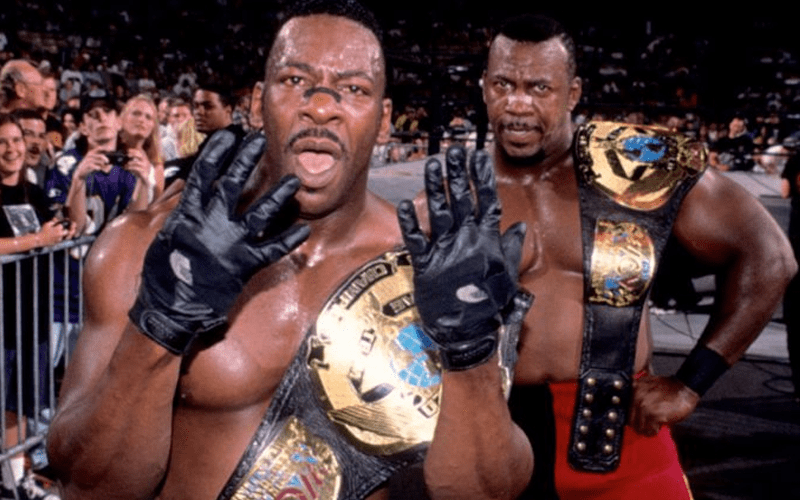 WWE owns a lot of intellectual property. Vince McMahon might have decided against The Revival vs Harlem Heat at the Royal Rumble, but he also doesn’t want anyone else using the Hall Of Famers’ name.

Recent filings indicate that WWE filed for a trademark on “Harlem Heat” on Monday, January 13. This is very interesting as it seems to have occurred around the time that WWE was locking down other names for top Superstars.

WWE filed trademarks recently for the names of Brock Lesnar, Paul Heyman, and more. Now Harlem Heat is apparently about to be under the WWE umbrella of owned names as well.

Booker T still works for WWE and appears on kickoff shows. He is also a co-host on WWE Backstage. His brother Stevie Ray is not as involved in the pro wrestling business. That being said, it still wouldn’t be a huge shock if The Revival and Harlem Heat have a little angle in Houston on January 26th.