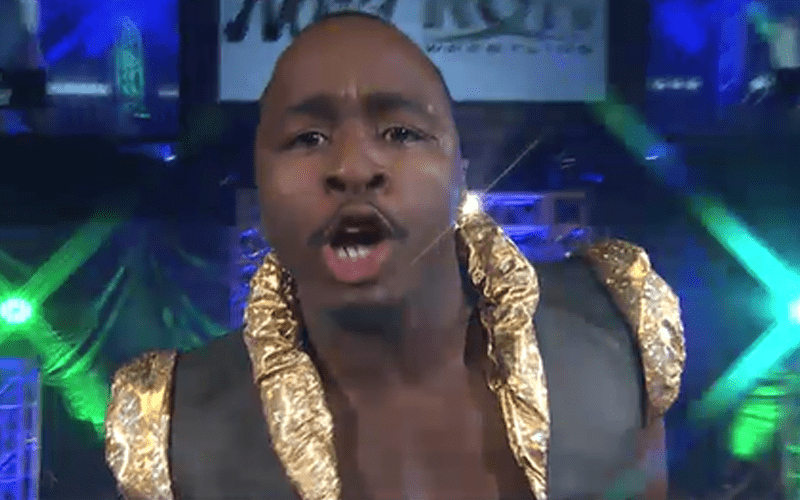 Jordan Myles did not like the t-shirt WWE made for him. It resembled blackface and the company pulled the shirt immediately. This still caused a social media story.

In the process of this story against WWE, Myles said that the company “doesn’t care about black people.” Then he asked for his release in a very public way. Jordan Myles was released and he left his “slave name” behind him. Now he is ACH once again.

ACH showed up in MLW very briefly and signed a contract with them. Then he quit pro wrestling all together.

Apparently, that retirement didn’t last long at all. Super ACH is booked for the January 24th AAW Pro Wrestling show in Chicago, Illinois. He will be wrestling Fred Yehi.

Hopefully, he has been able to find happiness since the last time he made headlines following his “retirement” from pro wrestling.