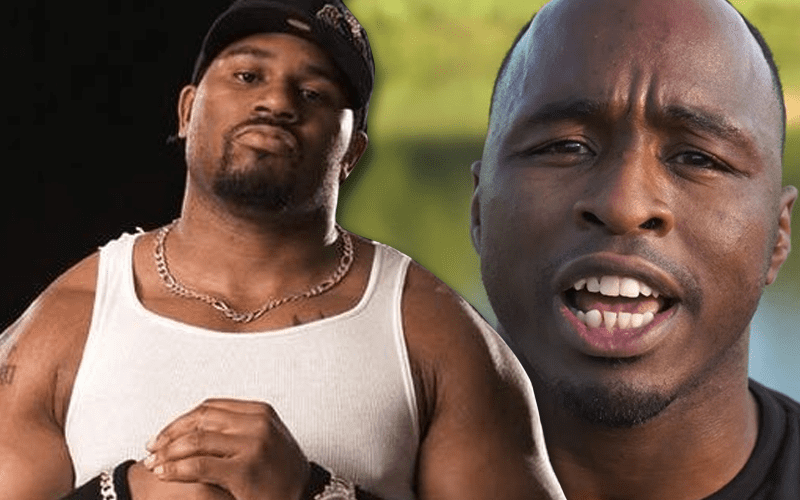 Super ACH is a very outspoken individual. He is doing everything #ForTheCulture, but there are quite a few detractors to his mission statement. The purpose might be good, but the way ACH goes about things isn’t getting the best response.

All of this started when WWE released a t-shirt that resembles blackface. Jordan Myles approved the t-shirt and his gimmick was “Smiles for Myles,” but it was still offensive. WWE took the t-shirt down immediately.

The former Jordan Myles sent out a message on his birthday saying that he hates pro wrestling and he quits. The pro wrestling world is full of snakes and he doesn’t want anything to do with it. Then Shad Gaspard responded in a big way.

Gaspard dragged Super ACH online while telling him to “shut the f*ck up” and “grow up.” He used to be supportive of ACH, but that apparently changed.

When ACH saw this message from Shad Gaspard he replied back using an animated gif of Heath Ledger’s Joker. “And I thought my jokes were bad…” was the caption of this animated gif.

That might have been a bit of a cryptic reply, but he might not have had much else to say. Then Super ACH took it a step further by changing his profile picture to an image of Shad Gaspard with the controversial “Jordan Myles blackface smile” plastered over Gaspard’s mouth.

So far Shad Gaspard has not replied to ACH using his profile picture in this way. We can only assume he won’t be happy when discovering this alteration.

To compare, this is what Shad Gaspard’s current profile pic looks like without the ACH alterations: