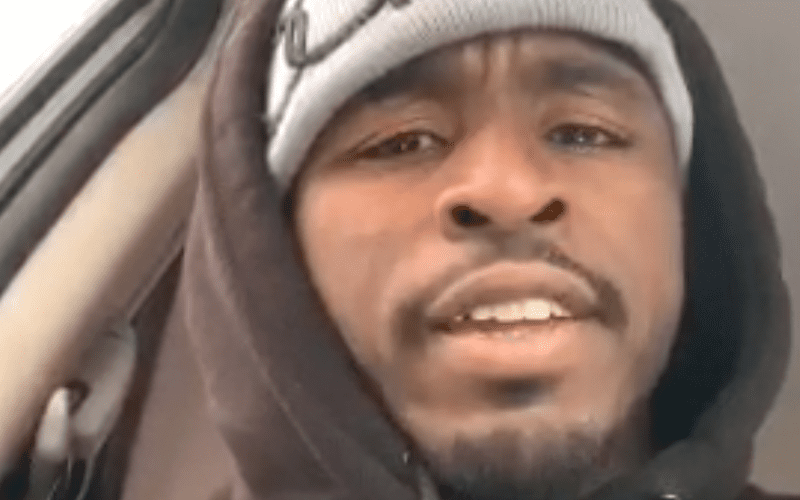 Jordan Myles recently started an online movement after a t-shirt that WWE released for him resembled blackface makeup. This t-shirt which was available in WWE’s custom print shop was taken down and the company says that no shirts were sold.

He hasn’t been seen on NXT for a long time and some people thought he went back to Texas. It is unclear exactly why he is gone, but the former ACH is listed as out of action due to a non-injury issue, but he’s on “medical leave.”

Now Myles has quit WWE. He released a video on social media saying:

“As of today I’d like to officially announced f*cking WWE. I am no longer employed. I refuse to work for racists. I f*cking quit — f*ck them — I hate that f*cking company and everything they f*cking stand for. All they ever did was hold our f*cking people back. I do this sh*t for the culture. I don’t need anyone’s f*cking permission to do what I wanna do. Screw Jordan Myles. Don’t ever call me by that slave name. Call me ACH and don’t forget the super, bitch. I quit! F*ck you!”

Let’s just see how WWE handles this situation. It seems like ACH is out the door whether they want to keep him under contract or not.