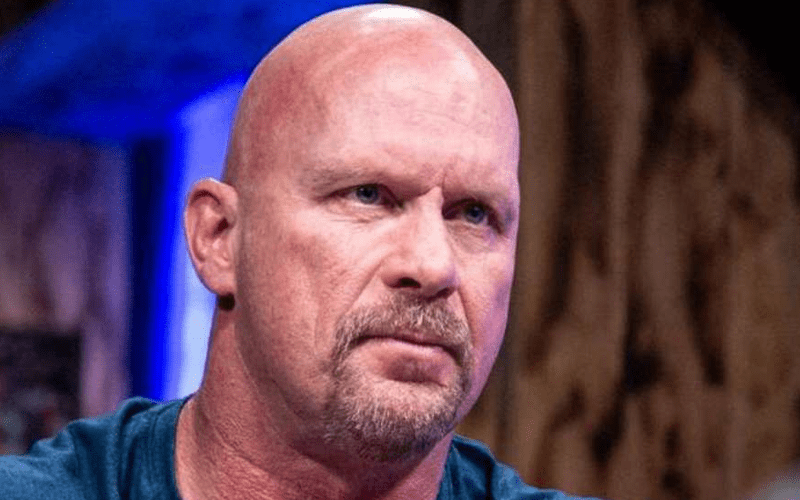 Steve Austin is a six-time WWE Champion. He retired from in-ring competition in 2003, but he can’t help but wonder what would have been next if he could have kept wrestling.

While speaking to Bleacher Report, Steve Austin explained how hard it was to finally make a decision to retire from the ring. It wasn’t an easy decision, but Austin eventually did what was best for his own health.

“I spent a lot of time hunting, fishing and drinking,” Austin recalled. “Just trying to deal with it. … To walk away from the business was hard. I was talking to Dale Earnhardt Jr. last year on my show on USA Network, about how all the concussions caught up with him, he had to pull his own plug. A doctor wasn’t going to tell him, ‘Hey, you need to quit.’ He pulled the plug on himself. I did the same thing.”

“A doctor didn’t look me in the eyes and say, ‘Steve, you must retire now.’ It was a decision I had to make for myself. When you’re flying high, and you’re this badass, tough-ass Stone Cold guy, and all your peers are just as tough as you, and you’re riding down the road doing something you’re so passionate about and you love so much, it would be anybody’s dream to live that kind of life. And all of a sudden you’ve got to make a decision to take yourself out of the game. It was extremely hard to deal with.”

Austin has two shows now. The Broken Skull Sessions provides fans with a chance to see The Rattlesnake sit down with WWE legends and pick their brains. His USA Network show sees him get to know people from all areas of the sports and entertainment industry. Straight Up With Steve Austin was just renewed for a second season.

“Stone Cold” Steve Austin might not be wrestling anymore, but he’s far from “retired.”