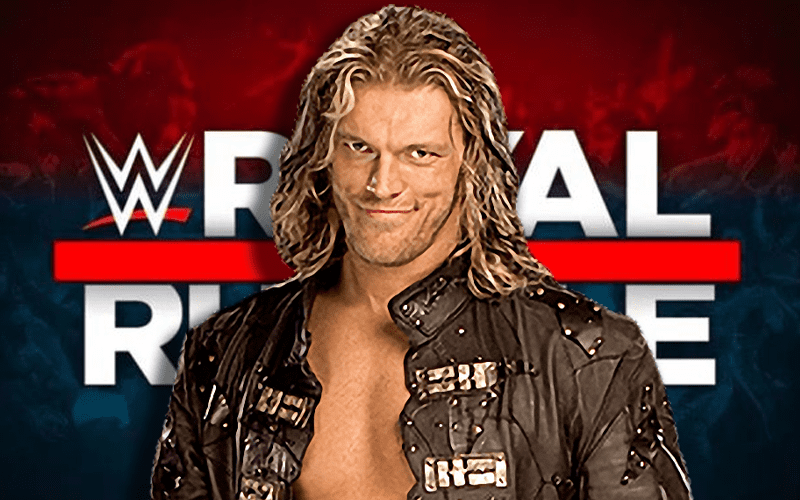 WWE likes to have a few big surprises during their yearly Royal Rumble match. The Rated R Superstar could be ready for a return this year.

We’ve heard rumors about Edge’s return to the ring. He was spotted in Pittsburgh on “WWE business” a few months ago. Many thought he was visiting WWE’s chief of medical while in the city.

While working on films and other television projects Edge has done his own stunts. He has even done a spear on concrete during one particular shoot.

Now WrestleZone is reporting that they have been told that Edge is “a lock” for the 2020 men’s Royal Rumble match. It was not noted if this is a single appearance or the start of something more.

A source speaking with Wrestlezone recently said Edge will make his in-ring return, and we can expect to see him as an entrant in the 2020 Men’s Royal Rumble match.

Edge signed a new WWE contract recently. This lucrative contract was speculated to be for more than just a Legends Deal as well. He also commented on his podcast that he could work a match tomorrow if he wanted to. It looks like Edge will be able to prove what he can do very soon.