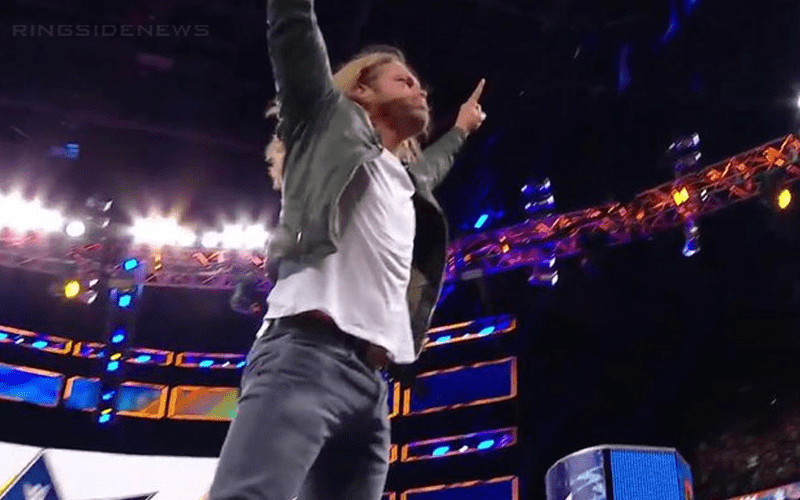 Edge made a very surprising return to the ring for one spear during the Summerslam kickoff show. This was a big deal because he hadn’t gotten physical in the ring since his retirement.

We previously reported that Edge revealed on E&C’s Pod Of Awesomeness that he has since learned a lot about his injury. He does his own stunts on television and he has even thrown in a spear a time or two. One of those spear stunts actually took place on a cement ground.

The Rated R Superstar went on to say that he believes he could work a match very soon in WWE. The only big problem is that WWE’s medical staff wouldn’t let him.

“To be perfectly honest, I think I could do a match tomorrow. I might be blown up but I’d be okay. It’s just from what I know with the WWE medical staff, they won’t allow. It is what it is, right?”

This could be a big hint that Edge might have interest in another match. If WWE would let him make a return to the ring it could also pay off in a big way. Edge’s Summerslam return currently has around 5 million hits on YouTube which is a big deal for WWE’s YouTube account as well.

We’ll just have to see what happens in the future, but it might not be a big surprise to hear rumors about Edge’s in-ring return soon enough. Let’s just see what WWE’s medical staff has to say about it.