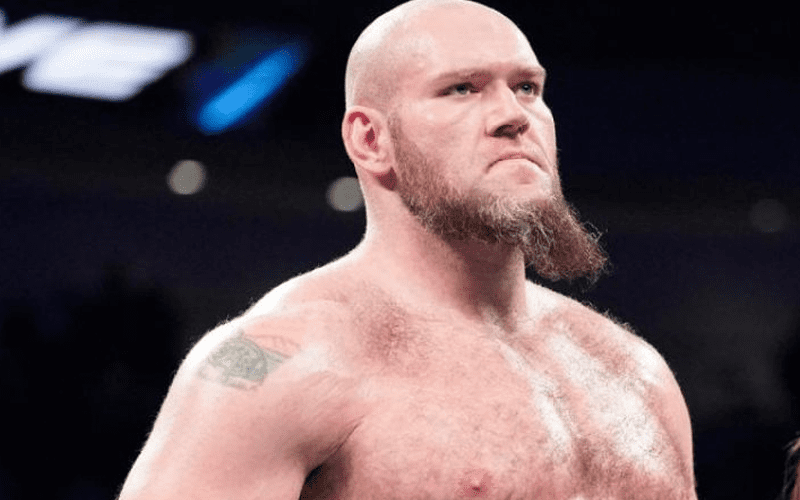 Lars Sullivan’s name came up in the news about a week ago in a way that most fans never expected. Old pornographic footage believed to be him was discovered online and it soon spread everywhere.

The Wrestling Observer Newsletter reports that at this time it is unknown whether this newest development has changed his status with WWE. He was out of action with a knee injury, but had already created a bit of trouble for himself due to trolling message board comments he made of a racial and homophobic variety years before his WWE career started.

We’ll have to see what WWE’s plan is for Lars Sullivan. WWE could still have some big plans for him.

It was not made clear if this could be a violation of WWE’s ethics policy either. He did those videos before WWE, but he also made message board comments prior to signing with WWE. If Sullivan informed WWE of his message board activity we also wonder if he informed them of his past in the adult entertainment industry.

Vince McMahon saw him as a top star before his injury hiatus started. It will be interesting to see how he’s used at this point and whether WWE fans will forget about his alleged alter-ego Mitch Bennett.