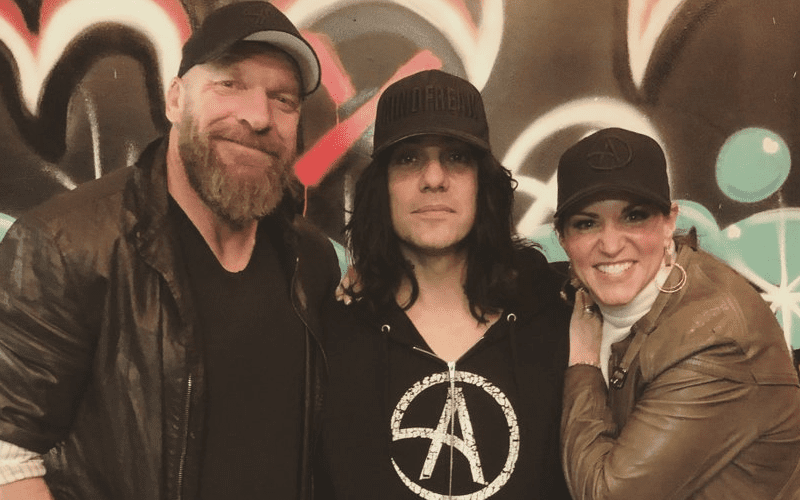 Stephanie McMahon and Triple H are very busy people. The power couple does get a chance to go out from time to time.

They have attended KISS concerts and other sporting events. The WWE power couple recently went to a Criss Angel show and got to hang with the famous illusionist.

Angel released a picture of the three of them backstage at his Las Vegas show with a caption thanking them for attending.

What an honor to have @TripleH & @StephMcMahon at #CrissAngel #Mindfreak @PHVegas tonight. @WWE #WWE is where it all began for me – thank you to the McMahon family.

Stephanie McMahon obviously had a good time at the Mind Freak show. In fact, she even has a suggestion for the next time they attend one of Criss Angel’s performances. She wants to be part of the show.

Thank you @CrissAngel! #CrissAngel#[email protected] was INCREDIBLE!!!! Next time you have to levitate me!!! @WWE is proud to have played a very small roll in your incredible career! I wonder what else we could do together?

Criss Angel has appeared on WWE television before. You can check out a clip from a bit he did with Santino Marella below. You never know if he might be levitating the Billion Dollar Princess eventually.