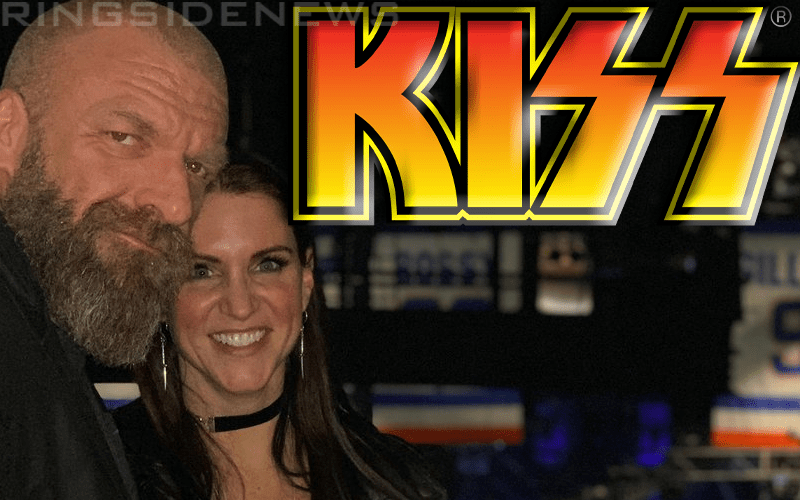 KISS has a huge army and apparently, Triple H and Stephanie McMahon area soldiers. Because The Game and the Billion Dollar Princess recently attended a KISS concert on a date night.

They were ready for a spectacle and KISS concerts have no shortage of attractions. The WWE power couple obviously had good seats because they can afford them. Maybe they were also getting some ideas about pryo they could use the next time WWE sets off fireworks.

It is nice to see that they can get away from WWE business for a night at another kind of show. KISS and pro wrestling have a history as the KISS Demon was something that WCW tried to get over. It’s not likely that Triple H and Stephn appearing at this concert has anything to do with a deal they’re trying to strike.

You can check out some pictures below of the happy couple before the big show. Let’s hope their eardrums recover after a night of rock n roll.