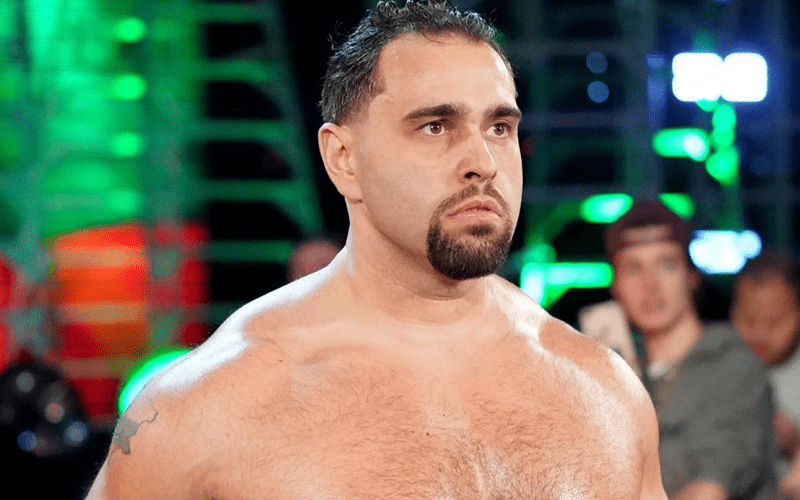 Fires are raging in Australia and there’s no real sign of them slowing down. Australian firefighters are getting some help from people like Cody Rhodes who is selling a retro t-shirt for them. They could use a lot more help than that.

Rusev tweeted out a question wondering why people can’t come together and help Australia. He compared it to when the Notre Dame Cathedral received a ton of money in a day to help them rebuild after a fire.

“Notre Dame cathedral got 1 BILLION in donation in 24hr ,WE CAN HELP AUSTRALIA!”

One fan tweeted back at Rusev calling out his current WWE storyline on RAW: “A wrestler currently in a race-based cuckolding storyline is making more sense than our nation’s leaders.”

This caused Rusev to reply, but not in the way he probably would if he didn’t have obligations to God and WWE.

If i wasn’t obligated to WWE OR GOD i would have said lots of things that you wouldn’t like. I’m taking the higher road as hard as it is.

Rusev saw another fan say: “I’m gonna cite my obligations to WWE & God whenever I do anything that people don’t like.” Rusev wasn’t in a very good mood and didn’t have time for this kind of response. So, he replied: “You are dumb and blocked. Not in a mood for this.”

After a bit of time and reading his notifications, Rusev tweeted out in frustration.

I don’t understand the HATE it’s coming. My name is Miro, I’m not in a storyline. I am speaking as a human being. Please don’t make this about WRESTLING

Hopefully, something can be done to help Australian firefighters contain the destructive blaze. Rusev tried.