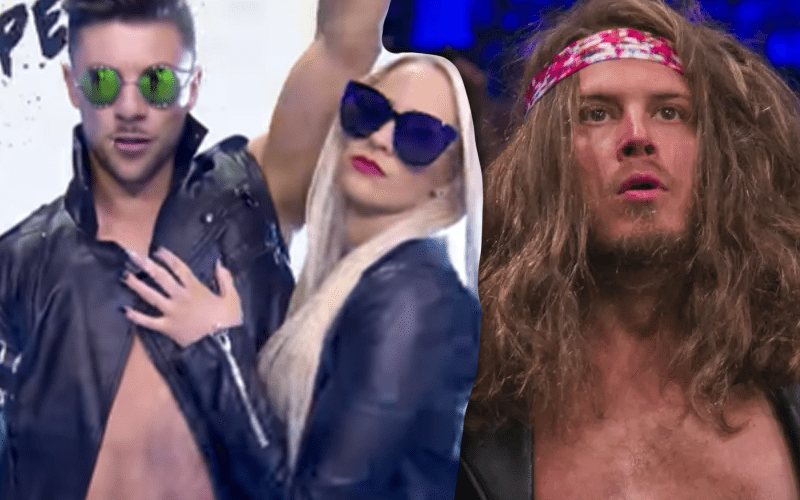 Kip Sabian is dating Penelope Ford in real life. Joey Janela used to date Ford and now all three are in AEW. This has resulted in a television storyline.

Ford dragged Janela for having a small package. Then The Bad Boy fired a shot back. This was followed by a bit of silence. Then Penelope Ford’s Twitter tweeted something rather not PG apparently written by Kip Sabian.

Sorry but Penelope can’t make it to the phone right now, her hands are full (So is her mouth if we’re being honest)

Joey Janela didn’t seem too phased by this tweet. He simply tweeted back that this was too much information to receive. Then he threw some shade at Kip Sabian’s sexual history.

Too much information Kipperoo, you must be pretty bored because You and I know she isn’t very good at that… Maybe you don’t know because you’ve only had sex with 2 girls in your entire life…..

This rivalry is getting pretty NSFW on Twitter. Let’s see if AEW allows Janela or Sabian to grab a microphone and drop some of those kind of sexually charged bombs live on TNT.