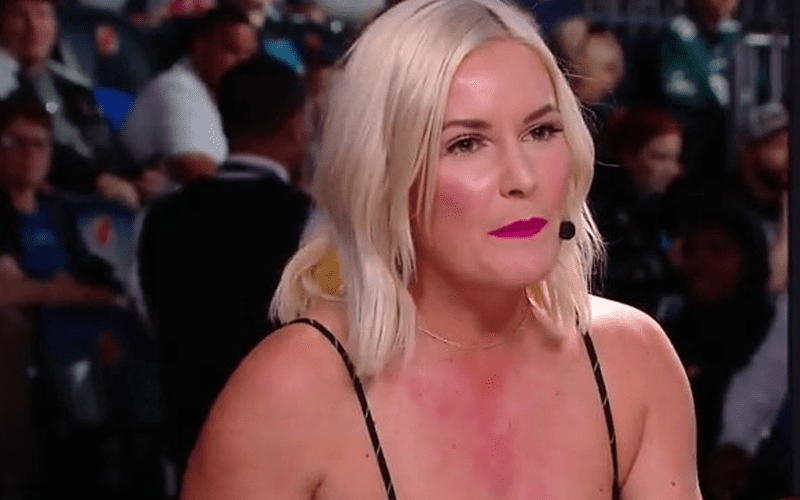 Renee Young was the first full-time female member of a WWE commentary team. She does not have that role any more and is a special contributor on Friday Night SmackDown. She is also the host of WWE Backstage on FS1.

While speaking to Corey Graves on After The Bell, Young expressed the relief she currently feels. Now she doesn’t have to second guess herself so much. She was up for the challenge of commentary, but Renee Young is much happier on WWE Backstage.

“You know what, this is so simple. I think that I do best when I’m allowed to laugh at stuff and make things fun. I felt like I was not really able to do that as much on commentary. So to be back in a studio setting and just talk about wrestling as a fan. That’s something that couldn’t come across when I was on commentary. Now I can shoot the sh*t with Booker [T], we’ve got Paige on there, we’ve got Punk. I like to be able to talk not in sound bites. That’s really the thing here.”

“When the commentary thing came up I was like ‘hell yeah I’ll try it.’ I think that I could find a way to try and make something work. But it’s definitely nice to not have to second guess myself anymore. I felt like I was second guessing myself on commentary all the time. Now I’m just like ‘cool I know what I’m doing.’ My confidence is back up at 100, it’s a world of difference.”

WWE Backstage gives Renee Young much more freedom to express herself. Operating in sound bites wasn’t her thing. Now she can have fun with Booker T, Paige, CM Punk, and Christian while making that Fox money.