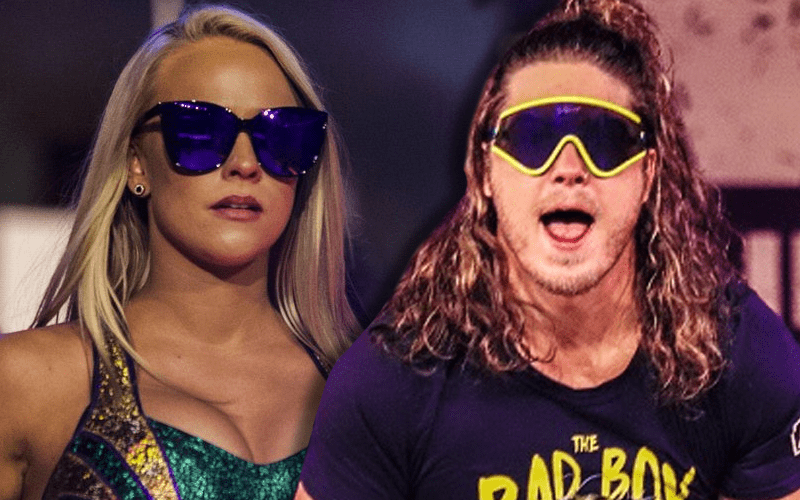 AEW is introducing a feud to Dynamite that a lot of fans saw coming. Joey Janela and Kip Sabian are becoming rivals because of Penelope Ford. Janela used to date Ford and now she’s with Super Bad.

The Bad Boy took a shot to the groin last night when he wasn’t expecting it. After the swelling went down Janela tweeted out to his ex Penelope Ford that all she needed to do was ask if she wanted to cop a feel.

Hey @thePenelopeFord if you wanted to touch my penis again all you had to do was ask…. #AEWDynamite

Penelope Ford tweeted back and took a shot at the size of Joey Janela’s manhood. Then she reminded him that she’s finding someone else’s junk now.

I’m surprised I could even find it.

When one fan tried to defend Joey Janela, it didn’t work well. Ford responded to a comment about how Joey might be a “grower” and not a “shower.” Penelope Ford replied saying: “Welp. He’s neither.”

Let’s see where this leads. It appears Janela and Sabian are in store for a match or two down the line.