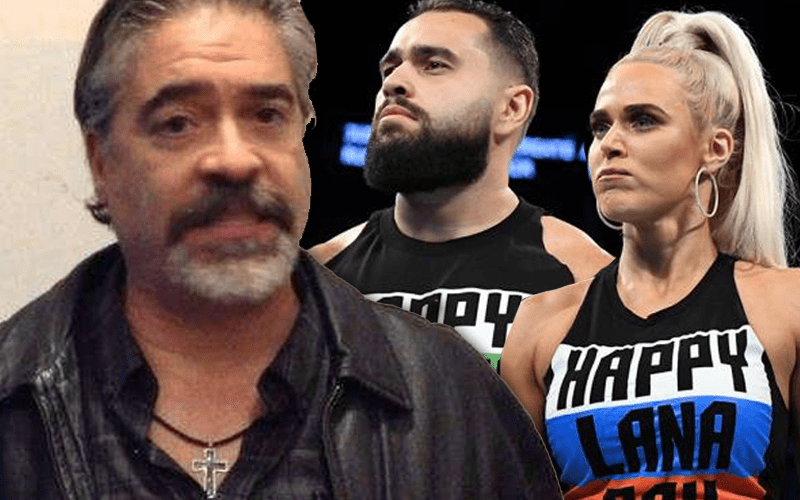 Vince Russo is still waiting on Tony Khan and Cody Rhodes to follow him on Twitter. He wants to give some confidential and free advice to AEW. In the meantime, Russo is still commenting about WWE.

Lana and Bobby Lashley’s wedding was last night and it was quite an event. Many unexpected moments went down in a row. By the time Liv Morgan came out the fans were thoroughly confused. This chaos could have resulted in a rating, but we know that WWE scored big on the viral videos.

Vince Russo sent out three tweets about the current Lana and Rusev situation. He said that WWE was attempting to bury them and it backfired. He equated it to Vito wearing a dress and getting over because of it. This led to a very interesting observation about pro wrestling in 2020.

Many years ago, @StephMcMahon told @TheBigVitoBrand that he was going to be wearing a dress on TV. Why? Simply because he was MY FRIEND and they wanted to embarrass him. Unfortunately, Vito being a PRO, got it over so their childish game backfired.

Fast-forward many years later. @WWE brass didn’t like the way that @RusevBUL & @LanaWWE were presenting themselves on Social Media as a couple. So-again-in their juvenile ways they attempt to embarrass the two through a storyline on TV. What happened?

[email protected] & @LanaWWE PURPOSELY playing the angle over the top-got them BOTH over. Lesson [email protected] @HeymanHustle @bruceprichard if u want to get people over in 2020-attempt to bury them-they will simply OUT-WORK you because they know the game & are smarter.

WWE obviously does better when their Superstars catch on. Nobody wants to watch a flat segment. Lana and Rusev seem to be a very popular subject of conversation once again. If you ask Vince Russo WWE got there by mistreating them along the way.