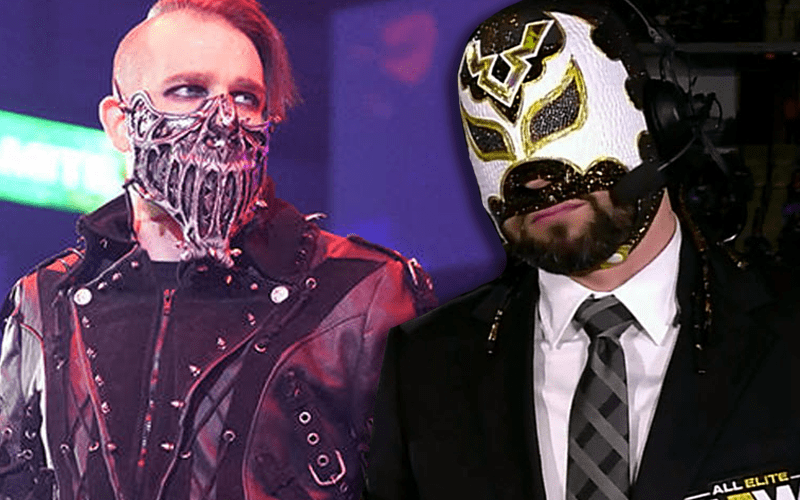 Jimmy Havoc and Excalibur were having a great time during Full Gear weekend. Then things got a bit out of control.

Havoc reportedly got in a fight with Excalibur who put him in a headlock. This all went down in front of Tony Khan. Apparently, this was just a bit of roughhousing. Tony Khan didn’t see anything wrong with it as he spoke about the incident.

While discussing the situation with Wrestling Inc, Jimmy Havoc explained that the situation was blown out of proportion. There are no hard feelings at this point either. It’s just back to business as usual.

“The report that got put out was totally not what happened at all. I’m not gonna say exactly what happened, but the truth was there was one punch thrown and a sleeper hold. And it’s not in the order that the press decided to report it as happening and that’s all I’m gonna say.”

“The dirt sheets decided to run with a story that was 50 percent true. It was all sorted out and there’s no animosity. We were all drinking and how many times have you been out with your mates and something happens?”

“The thing that upset me the most was how many people wanted me fired even though the boss [Tony Khan] was out at the bar where it f*cking happened. So obviously, it wasn’t as bad as everyone’s making it out.”

“I spoke to Tony right away and no one who knows what happened actually cares. So, anyone who wants to make a big deal about it is mainly people who didn’t like me anyway, which is quite a numerous list of people [laughs]. Anytime something like that happens, people always jump on it and call for my head. It is what it is but I’m used to dealing with that kind of sh*t now.”

This situation could have been much worse. Thankfully, everyone was able to let it slide and carry on as usual. Jimmy Havoc and Excalibur are both valuable to AEW and it’s best for business all around if everyone gets along. Now they can look back at this ordeal and laugh about it.