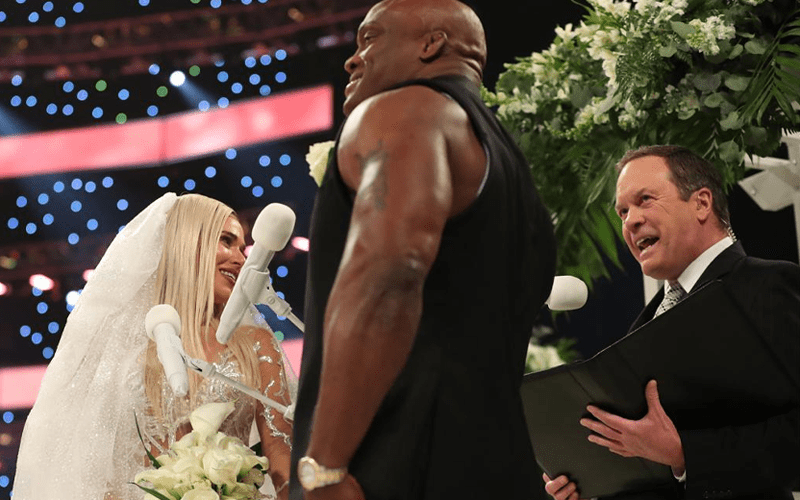 Lana and Bobby Lashley’s wedding did not go as planned at all. Nobody could have predicted exactly what happened, but everyone had a feeling something would stop the ceremony.

WWE hired an actor to hold down the role as the minster brought in for this wedding. His reactions to everything going on around him made the segment so much better for some fans. Now we know who gets the credit for playing that part.

PW Insider reports that the man who played the Reverend was New York based actor Rick Malone.

This was a pretty great role for Rick Malone. Now he will live on in WWE History as part of the final segment of the decade.