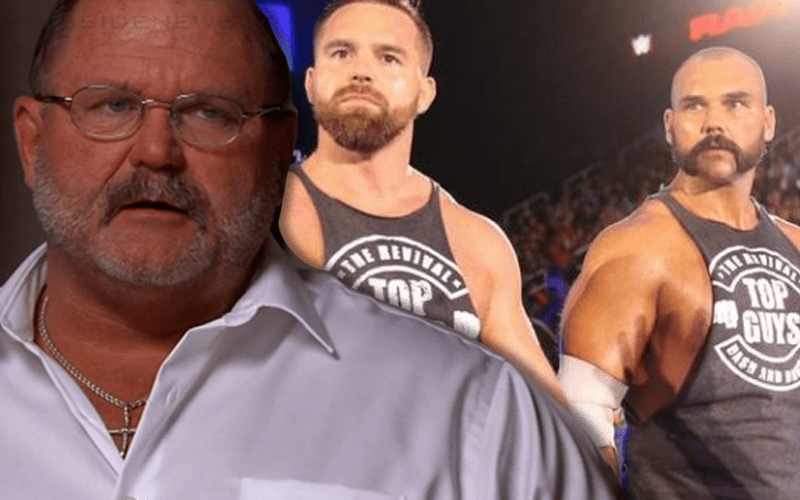 Arn Anderson is now the head coach at AEW. He is also Cody Rhodes’ advisor on television. This could be an interesting addition to Dynamite, but The Revival might want to come aboard too.

It’s been well documented that The Revival might not re-sign with WWE and find their way to AEW. Now with Arn Anderson’s AEW arrival that could give them another reason to jump to All Elite Wrestling.

Santana of Proud n Powerful posted two “mind blown” emojis in response to Arn Anderson coming to AEW. Scott Dawson saw this and he had his own emoji reply.

Dawson commented with an eyes rolling emoji, but it could say a lot more. Let’s just see which company Dash Wilder and Scott Dawson are wrestling for as we wrap up 2020 this time next year.