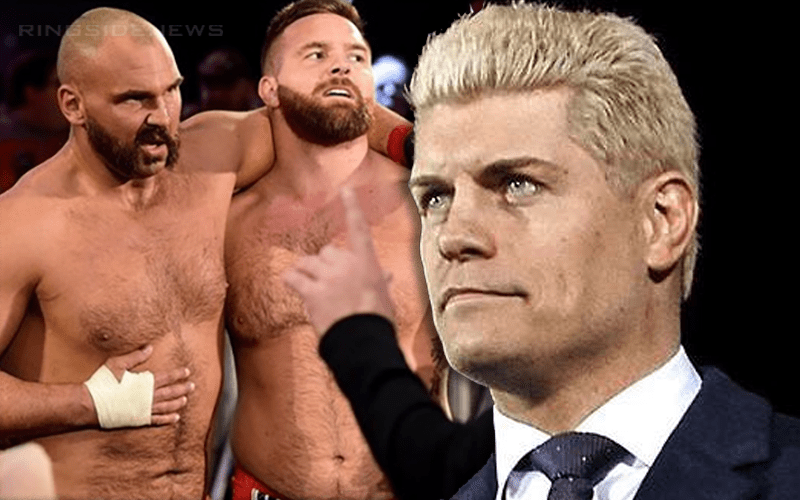 Cody Rhodes knows how to get things done and even if he’s not allowed to talk to The Revival about signing with AEW due to contract tampering, he can certainly figure out another way to send that message.

If you want to check out our complete results from AEW Double Or Nothing please click here.

When Cody Rhodes got out of his ride as he arrived at Double Or Nothing he had a coffee cup in tow. As he casually took a sip of his beverage, some eagle-eyed fans noticed that apparently Cody is telling baristas that his name is “FTR” because that is what was written on the side of his cup.

The Revival seem certain to land in AEW eventually. Scott Dawson and Dash Wilder are in WWE and not only have they refused new contracts worth $550,000 each per year each for five years, but they are also very frustrated with WWE’s creative direction.

WWE might be powerful and have a lot of flashy graphics, but AEW can afford those things too. Cody also proved at Double Or Nothing that they can deliver a little message thanks to a well-timed sip from a cup of coffee.

Thanks to NickEhlers for pointing this one out