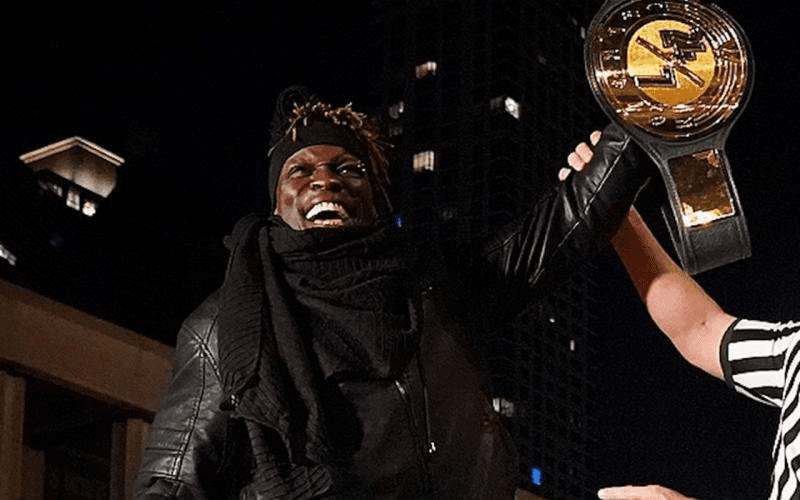 R-Truth is WWE 24/7 Champion and the title hasn’t been away from him for very long since the night Mick Foley unveiled it. Now Truth has broken a ridiculously hard title to top.

The WWE 24/7 Title changed hands a few times over the weekend. WWE announcer Mike Rome even had a chance to hold the title.

As R-Truth and the Singh Brothers traded the WWE 24/7 Title over the weekend, Truth broke a huge record.

Raven holds the record for most reigns as WWE Hardcore Champion at 27. Now R-Truth has defeated that number.

As of this writing, R-Truth has held the WWE 24/7 Title 29 times. That could always change after any episode of Raw or at a WWE house show. The title changes hands rather frequently.

That is a very impressive number of reigns to rack up, especially considering the fact that the title was just introduced on May 20th, 2019.