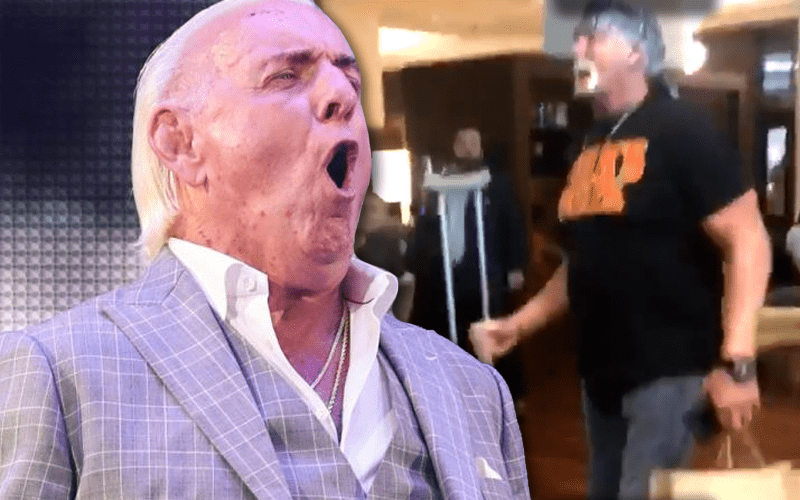 Hulk Hogan had a confrontation with a fan that went viral. During this confrontation, The Hulkster alluded to sleeping with this fan’s wife. There is more to that story.

This fan didn’t appreciate Hulk Hogan and Ric Flair not having time to entertain him at the hotel bar. The fan in question was also allegedly intoxicated when he ordered Shirley Temple drinks to be sent to The Hulkster and Nature Boy’s table. This was not a move that made them very happy.

Hulk Hogan soon got up and that’s when the cameras started rolling on the footage that is now infamous.

While speaking to Wrestling Inc, Ric Flair explained the situation. He said this fan was more interested in antagonizing Hogan than himself. If Flair would have gotten involved then things might have been a lot different.

“There was this guy who came over and was very overbearing. I’d rather put him in his spot. I’m really good at telling off people that are making me uncomfortable. That’s when I’m the best heel in the business – when I’m in the bar.”

“Unfortunately, he didn’t say anything to me walking out and I left Hulk down there. He was more interested, I think, in getting Hulk’s attention than mine and Hulk just used my line [laughs].

This confrontation didn’t get physical and the drunk fan eventually left. It still stirred up quite a bit of attention in the process.