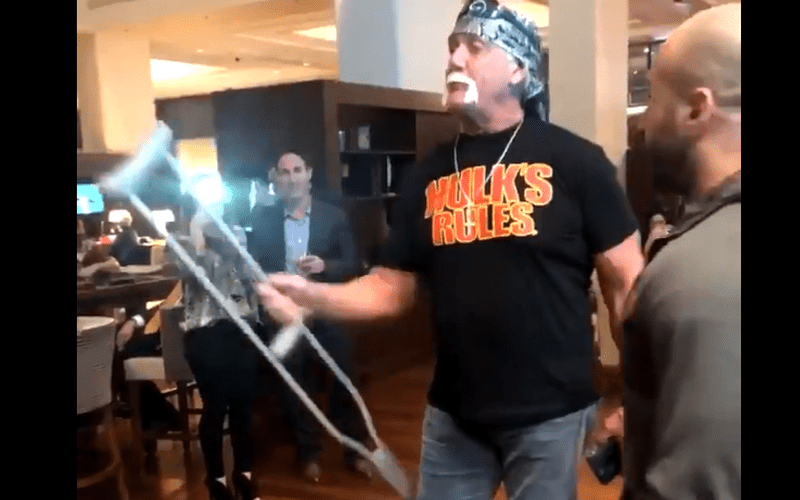 Hulk Hogan is a WWE Hall Of Famer and set to lead Team Hogan into battle at WWE Crown Jewel. Apparently, he’s still not over with everyone.

A video has been released of Hulk Hogan having an altercation with a fan. This was a pretty heated argument and Hogan did his best to stay calm, but it was still pretty explosive.

“You know what, brother? I got a right to have a few moments by myself,” Hogan said followed by: “Let me tell you something, brother the last time I had a Shirley Temple was when me and your wife got together.”

Then Hogan advised this man to calm down because he has no idea what he’s getting into when dissing the Hulkster, brother. Hogan gave this guy the peace fingers and wished him a good night.

We can only assume that they parted ways and Hogan could continue with his shopping.

It might also be notable that Hogan was carrying a crutch with him, but he didn’t seem to be using it. We’re not sure what started this altercation, but Hulk Hogan finished it.