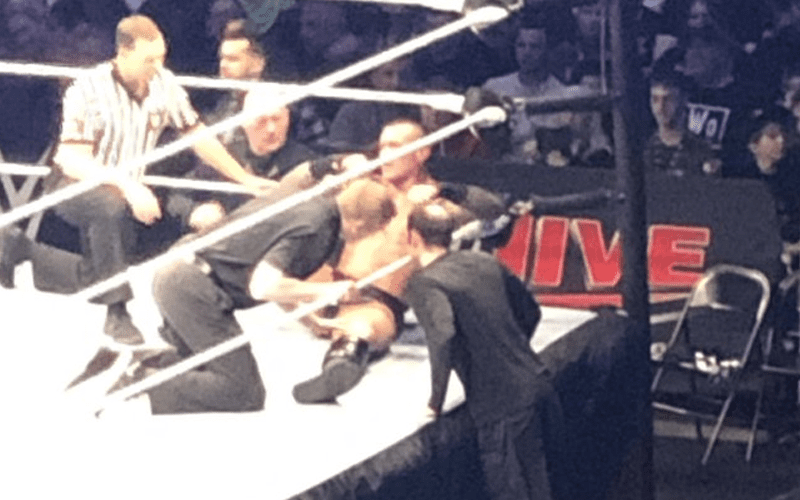 Randy Orton went down just a few minutes into his match against AJ Styles last night in Hershey, PA. He was trying for an RKO and landed awkwardly. This is when the match was call off and medics came to the ring to tend to The Viper.

Although fans are worried that Randy Orton might have injured his left knee, he is apparently okay. Dave Meltzer commented on the Wrestling Observer message board that he was told Orton’s injury is part of a storyline and not legitimate.

It is interesting if WWE is using an injury angle at a house show on television. They previously never merge house shows and television unless there was a legit injury or a rare title change.

We’ll have to see how this situation develops. At this time Randy Orton has not commented on his knee’s condition.