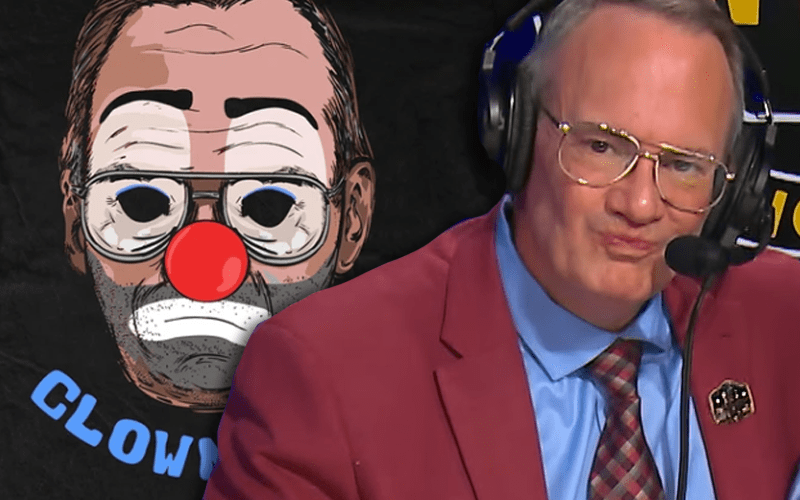 Jim Cornette filed a lawsuit against The Indie Connection and owner William Molnar. Indie wrestler G-Raver was a part of the lawsuit as well as Shopify. This was all over a t-shirt that said: “F*ck Jim Cornette.”

The lawsuit hasn’t been answered yet, but the defendants in the case might not see much of a threat. They are now selling another defamatory t-shirt with Cornette’s likeness.

The same website that was previously selling the “F*ck Jim Cornette” shirts is now selling one that says: “Clownette.” This shirt depicts Cornette as a clown as well.

You can check out an image of this new merchandise below.

Update: Jim Cornette has commented on this new merchandise and he’s not happy at all.