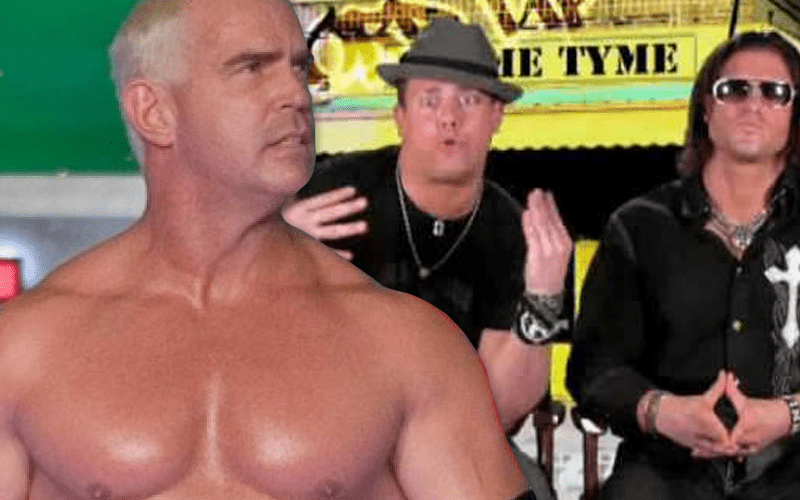 WWE signed John Morrison to a new contract and instead of surprising fans with his debut they confirmed his signing on WWE Backstage. Then Morrison’s first official WWE appearance was on WWE’s weekly internet talk show.

John Morrison showed up on WWE The Bump this week where he spent a lot of time on the show. The Miz called in via satellite and they took a walk down memory lane. The Guru Of Greatness talked about The Dirt Sheet segments that he had with The Miz and he remembers those car drives fondly as they came up with material.

“One of the things we would figure out on those drives is The Dirt Sheet. Those four hour drives suck, but when we were riding together doing The Dirt Sheet those drives would fly by because we were laughing and coming up with stuff the whole time.”

The Miz mentioned how Morrison would convince him to do things that got him in trouble with the locker room. “Remember when you imitated Bob Holly on the show?” Morrison asked. The Miz definitely remembered.

“Oh, I remember. I told him I’m not doing it, I’m not doing it. I asked him, ‘Why don’t you do it?’ He said: ‘Because you do it better.’ I’m like, ‘I’m not doing it.’ So, then after like thirty minutes of conning me into doing it, I do it and literally I’m almost in a fight backstage because I did an imitation that was pretty good to be honest.”

Morrison said when they showed up on Raw, Bob Holly “shoulder checked” The Miz and said “I saw that episode of The Dirt Sheet, you think you’re funny, huh?”

John Morrison has friends on either WWE brand, but there are a lot of fans who are hoping that he’ll end up with The Miz in some form. A return of The Dirt Sheet could be possible, but it’s all up to Vince McMahon. Let’s see who they can upset this time around.