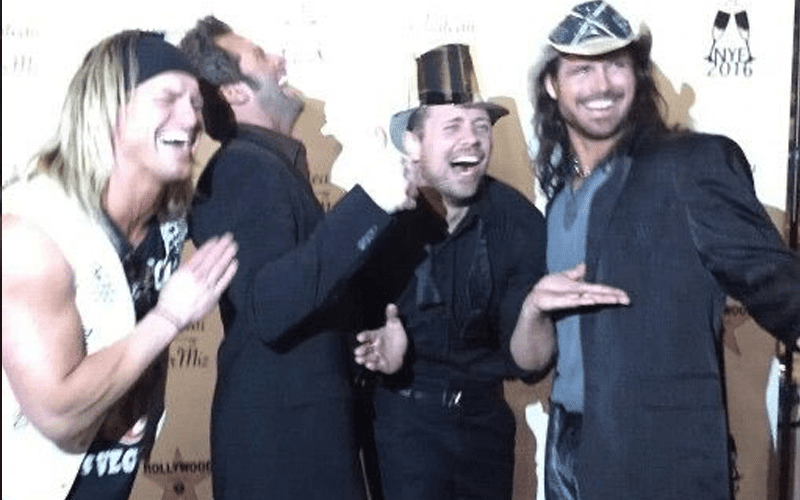 John Morrison is on his way back to WWE. This is an exciting time for fans, but it is also a really cool time for his friends in WWE.

Zack Ryder, The Miz, Dolph Ziggler, and John Morrison are close friends. They’ve traveled the roads for years together and they have been on Miz & Mrs as well.

Ryder sent out a photo of the four of them from New Year’s 2016 with a caption describing how they all felt when the news broke that Morrison is coming back to WWE.

Our reactions when we found out that @TheRealMorrison was not dead and has re-signed with @wwe! @heelziggler @mikethemiz

A fan commented on this photo by saying that WWE should push all four of them as a group. Dolph Ziggler took this time to cut a well placed joke about his previous experiences “…into a box and send it to OVW?
no thanks. been there, done that.”

Luchasaurus tweeted out that John Morrison is his best friend, but obviously they won’t get to work together. It will still be pretty exciting to see what WWE does with The Guru Of Greatness’ return.