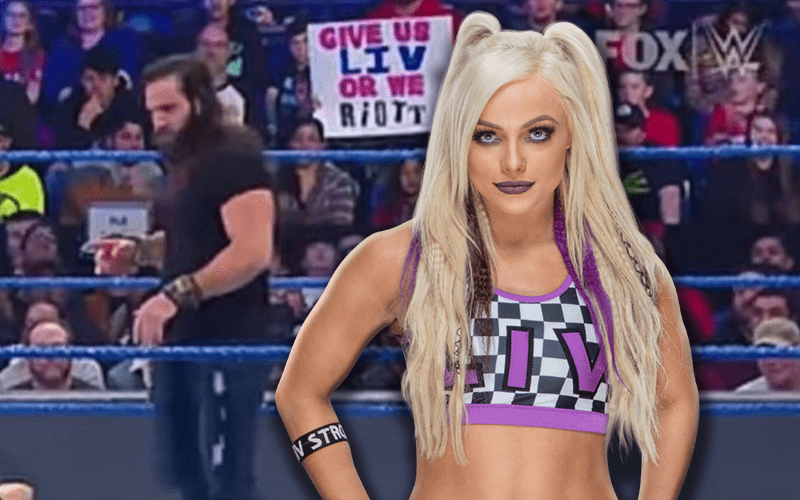 Liv Morgan hasn’t been seen on WWE television in months at this point. Pretty soon it will be half a year since Morgan promised to come back and be real next time.

Morgan is on Monday Night Raw after the draft, but nothing has been done with her at all. The former Riott Squad member saw a sign in the crowd during SmackDown that she liked a lot. This sign might have been at the wrong brand’s show, but she still sent it out on social media with no caption needed.

Ruby Riott is out of action after needing double shoulder surgery. Hopefully, her recovery is going well. WWE seemed to have a plan for Liv Morgan, or at least that was the perception. Her absence is starting to frustrate and worry some fans.

Due to the landscape of the pro wrestling world Liv Morgan isn’t likely to be released. It would still be nice to see her make a sustainable comeback on television because her fans are certainly missing her.